A mural commissioned by the Herne Hill forum and designed by local artist Victor Szepessy was recently launched and hung in the underpass in Herne Hill. It conveys the spirit of Herne Hill’s community, past and present, writes Ethan Delcroix-Jones.

Council officials and celebrities took time out of their days to come down to the underpass and show their support for the project and the local people who were realising it. These included the Mayors of Lambeth and Southwark and Oscar-winning actor Mark Rylance.

Rylance said, on the day of the record attempt, “I regularly use this underpass – what was once a very unattractive space, will now be transformed.  It’s great that this space can be celebrated and has been decorated especially by the children.”

However, the project faced a few logistical problems before the mural was hung up, namely that it was originally painted on parachuted fabric which meant that the glue that was going to be used wouldn’t work in low temperatures.

The mural currently in the underpass is a reproduction, and the Herne Hill Forum hope to display the original by Victor Szepessy in the new space above Herne Hill station.

For more on this story, which we covered last year, click here. 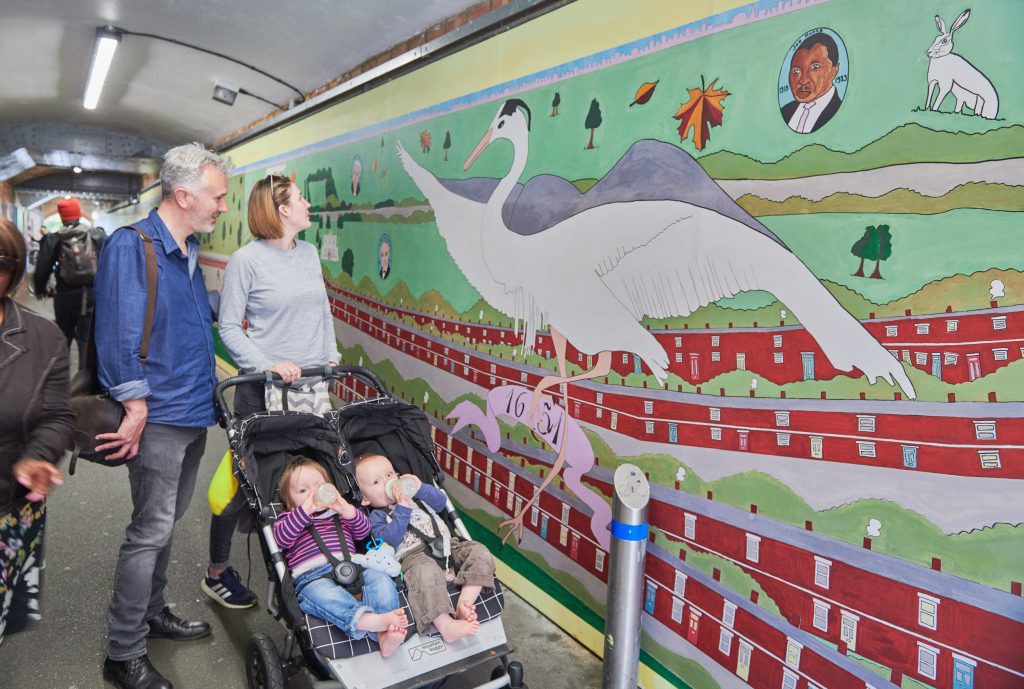