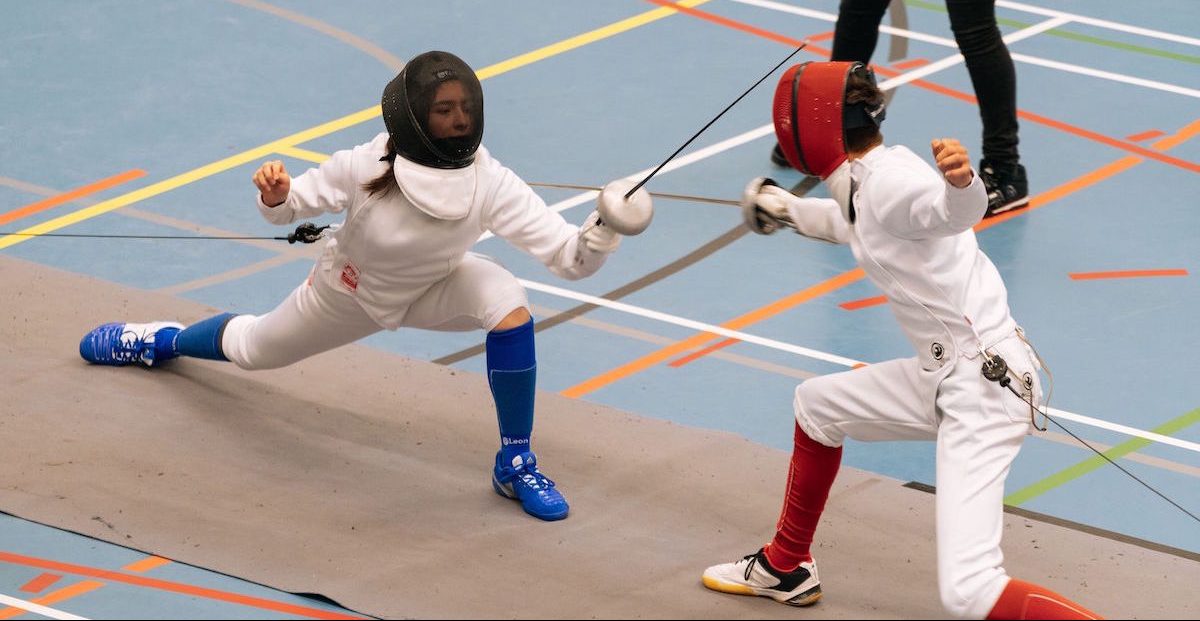 Over 180 London school children from more than 10 fencing clubs across London gathered for the inaugural city stage of the Imperium Fencing Trophy for juniors on Sunday 28 April.

The event is thought to be the largest and most inclusive fencing tournament in London for young fencers and was organised by the Brixton Fencing Club (BFC) together with Imperium Investments.  The competition took place at Whitgift, the most respected school for sports in South London and the place which has generated British Olympic champions and successful athletes in sports including football, cricket and swimming.

The BFC recently tasted success at the Fencing National Championships last weekend with James Frewin taking first place. “I was fighting well” he said “got my nose in front early on in the final and did not look back.” James started fencing with Redhill & Reigate Fencing Club and moved to London when he went to university and joined the BFC.

The Imperium Fencing Trophy (IFT) is a junior British-European epee fencing competition. The competition has 3 stages: City of London Cup, National British Cup and European Cup. The Trophy was founded by Imperium Investments and its CEO Dmitry Leus, a former European fencing champion and a patron of Brixton Fencing Club. The mission of the project is to popularise and develop fencing in Great Britain among young people and to make it more attractive and accessible for children.

The children competed in the age categories U9, U11, U13 and U15 in the city stage of the Imperium Fencing Trophy. Those competing came from clubs such as Knightsbridge, Chelsea and Central London Fencing Club. The level of competition was high, involving fencers who represent the English and Wales national teams.

Speaking at the event, Dmitry Leus. CEO of Imperium and a European fencing champion  said: “We believe that sport can play a transformative role in a person’s life. It is not only about excelling at the sport itself. There are also tremendous life skills to be gained from dedicated training and the experience of competition. We are delighted to play a role in bringing the sport to local children and give them more opportunities for personal development in professional sport or just for fun.”

Mr Leus has been engaged in fencing since the age of 12 and he went on to win in Europe at the age of 17. He is passionate about passing the same opportunities on to younger generations. He explains: “I have a strong belief in the role sport can play in a young person’s life.  The development of children’s sports is an important contribution to the future for all of us and this is why we at Imperium Investments focus some of our charitable efforts in this direction.”

The next stage of the tournament will be the National British stage of IFT. It will take place in September and will involve the representatives of British fencing clubs from Manchester, Liverpool, Glasgow and other British cities. The European Cup of ITF will finish the season in November and will determine the best junior fencers among British and European fencing clubs.

We Rise collaborate with ITV on Gen Z youth takeover