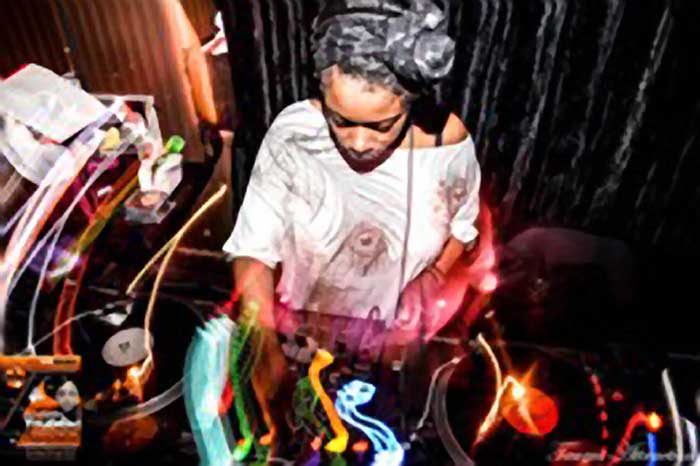 Marcia Carr (above), club DJ, radio presenter and producer of London station Rinse FM is also creator and director of the all-vinyl female DJ squad Girlz B Like.

“From way back, since I was about six years old, I have always been interested in music – from playing around with my parents’ gram with a built in record player and buying records with what little pocket money I used to get,” she says.

“My parents would play a lot of reggae as well as US R&B which I would hear being played. especially at weekends.”

While Marcia tells me about her first record buys – Natalie Cole and Roy Ayers among others. It was my pleasure to watch her ask young women DJs why they chose their three oldest memorable first-bought records that were then shared on the player.

Marcia’s current focus is building her brand of 2 Decks and a Mixer @2DecksAndAMixer.

Behind raising her profile in commercial radio is a desire to “take music to a global network of new listeners”.

The power of good music brings people together, she says – “which I see as a good thing and it can lift one’s heart and also help all those who are hurting.”