Animal rights activists who demonstrated outside and inside the Flannels store in Pope’s Road Brixton at the weekend are planning more protests there.

Some of them disrupted the store by walking in and telling shoppers about the horrors of the fur industry. Outside, they used TV screens to show footage and handed out 800 leaflets to passers-by. 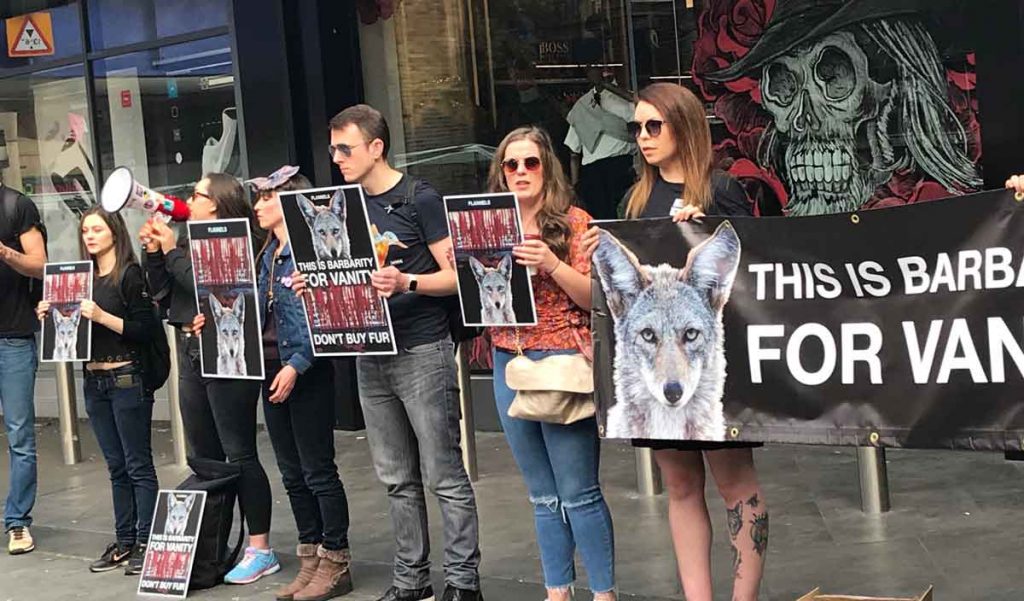 The demonstration was organised by an independent anti-fur group whose members also campaign three times a week at the West End store of Canada Goose in Regent Street in support of the national anti-fur campaign, Stop Fur at Flannels.

Several of members of the public joined in the protest.

They accused Flannels – part of the shopping empire of Mike Ashley who has bought House of Fraserand is bidding to take over Debenhams – of selling the fur of many different animals that have been farmed or trapped.

The campaigners said: “There was plenty of positive, shocked public support against Flannels for selling fur. There will be more protests.”

They are urging support for an online petition calling on Flannels to end its involvement in the fur trade and to reinstate a fur-free policy.

Album of the week: Old Wow by Sam Lee