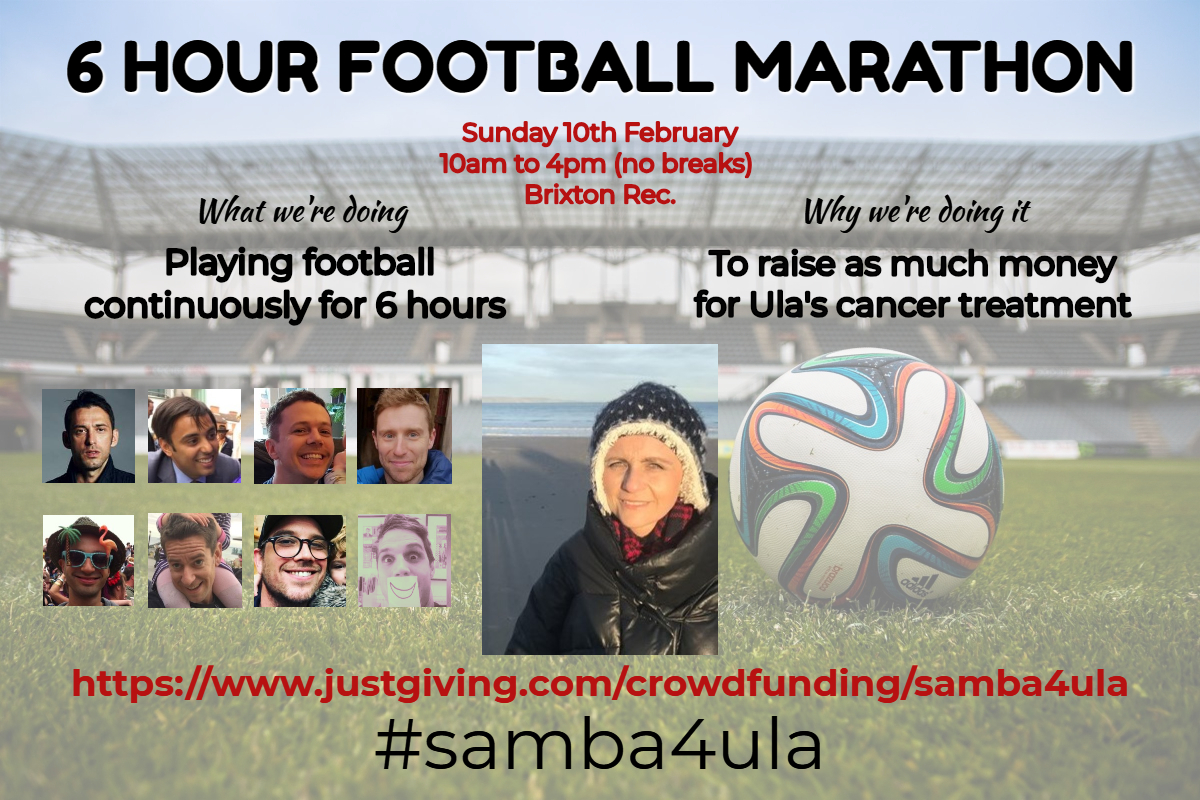 South London five-a-side football team Samba Quays are reuniting 10 years after their last competitive fixture to play a six hour marathon football match at Brixton Rec on Sunday 10 February to raise money for the cancer treatment one of the player’s wives is receiving in Germany. You can read the full story on Samba Quays just giving crowdfunding page.

Basil’s wife Ula was diagnosed with Synovial Sarcoma in April 2015 and after treatment at the Royal Marsden and the Royal Brompton hospitals, as well as a clinic in Istanbul, she is now receiving specialised drug therapies in Germany that directly target the tumour sites.

Samba Quays have been playing in South London together for over 10 years, and will attempt the challenge on Sunday 10 February at the Brixton Recreational Centre. They will face 6 opposition teams, playing each team for 1 hour at a time without any breaks. Jonny Breeze, Samba player said: “As tough as the six hour football marathon will be for us Samba boys (all nearing 40) it’s nothing compared to what Ula’s been through. We can only hope we raise a ton of money and awareness, please give generously.”

You can sponsor the team in completing their challenge by donating here. .