Steadman Scott, founder of Brixton’s renowned Afewee Academy, will feature on prime-time TV this Saturday (22 September) when he is honoured by the National Lottery.

He will be seen being reunited with his 92-year-old mother for the first time in 20 years in the Lottery’s “Big Surprise” spot on ITV.

The 90-second broadcast appears during prime-time ad breaks and is usually seen by about 5 million people.

Afewee (Jamaican patois meaning “It’s for us”) is the community-run sports charity specialising in football and boxing, based in Brixton Rec.

It runs competitive and recreational boxing classes for all ages, abilities and fitness levels, with the stress on respect, hard work and commitment as the keys to success.

Afewee’s football academy is well known for helping young athletes realise their dreams of becoming professionals at the highest levels. The academy works to break down barriers and overcome the injustices that obstruct the ambitions of young people.

In football and beyond, Afewee and its athletes thrive on success and have achieved far more than was expected when it was established by Steadman and his friend Tony Goldring.

Its first session was in a Crystal Palace park in 1997. The two were determined to use competitive sport as a way to change the lives of local disadvantaged young people for the better.

Alumni of the Afewee Football Academy now include a number of Premiership players and its boxing club currently has three amateur national champions trained by Afewee’s head coach, Bobby Miltiadous. 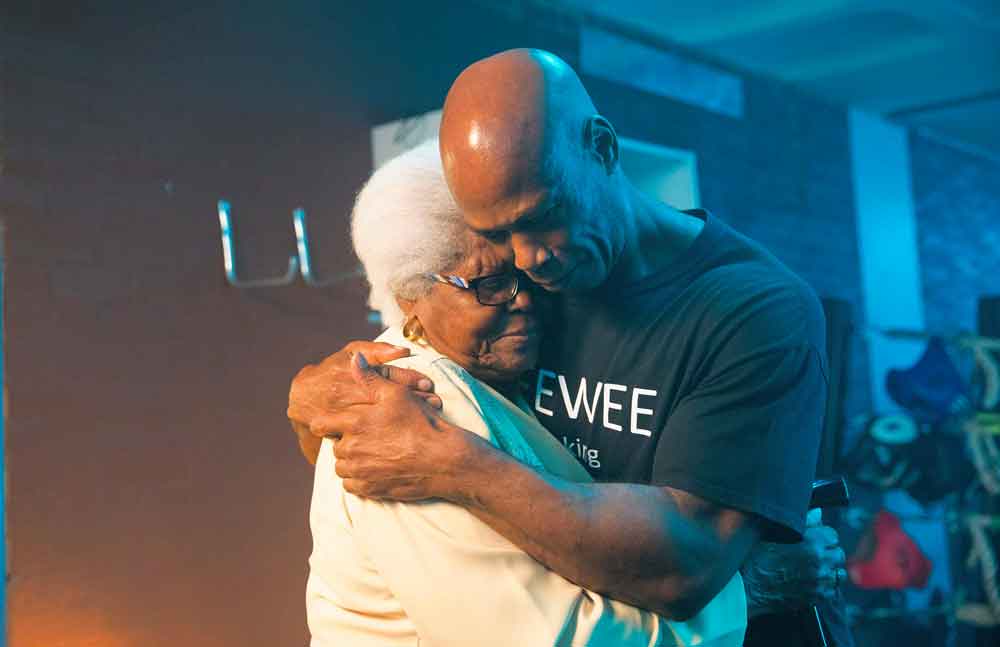 In recognition of all that he has achieved, The National Lottery arranged for Steadman’s mother to fly to the UK so that the pair could be together for the first time in more than 20 years.

Steadman, who believed he would be giving an interview about the importance of Lottery funding to projects like Afewee, was speechless when his 92-year-old mum walked into the boxing club mid-interview to hug her son.

He said: “I just can’t put into words how I felt. I’m over the moon. There really was no greater present someone could have given me than to see my mother again. The very last thing I expected on a Wednesday training evening at Afewee Boxing Club was a visit from my mum.

“It’s been incredible to show her everything we have achieved here. My mother is all about sharing and helping her community. Perhaps it’s in our DNA that I want to do the same through Afewee.

“This moment has literally been a once in a lifetime experience for me. I always say Afewee isn’t about I, me or you, it’s we. Tonight I’m amazed that the ‘we’ includes my 92 year old mother.”

Steadman’s “Big Surprise” will air on Saturday during the first ad break in The X Factor. It will be one of 17 “Big Surprise” short films throughout the year celebrating and showcasing National Lottery funded heroes across the UK.

Afewee has received more than £26,000 in funding from The National Lottery, including a grant of £6,334 in 2011 that was used to help establish its Boxing Academy in the wake of the London-wide riots of that year.

The award enabled Steadman and the Afewee family to introduce the community-focussed club as a way for young people at risk of getting involved with violent crime and gang culture to learn new ways of coping with their differences and understanding of the consequences of their actions. 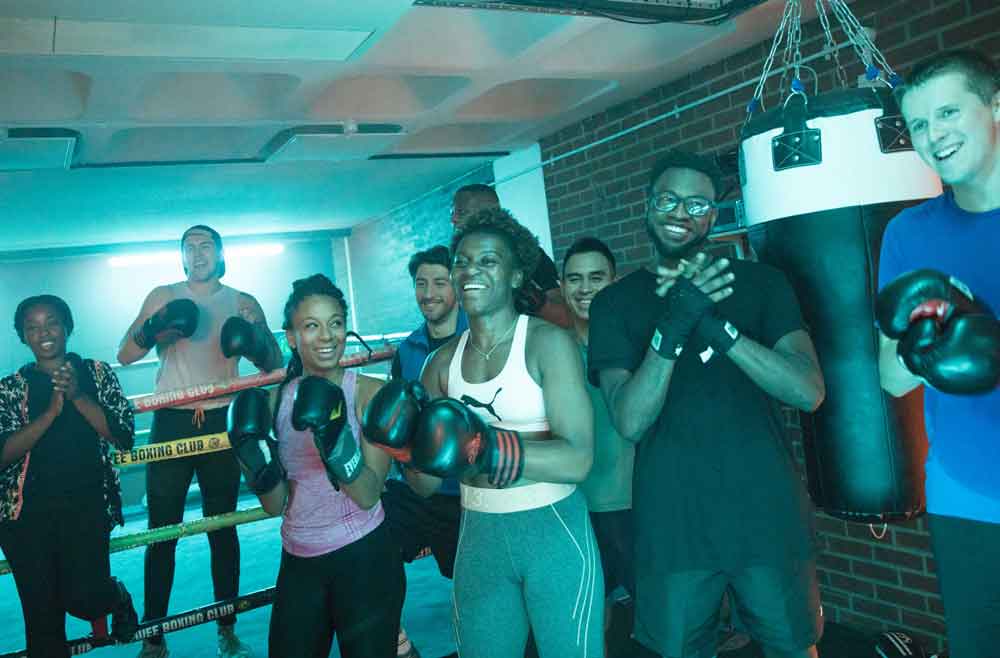 More than 3,400 projects in Lambeth have been funded by The National Lottery, amounting to over £500 million in grants. Across Greater London more than 43,000 projects have received Lottery funding.

“The Big Surprise” is the continuation of the return of Lottery results to primetime TV through a commercial partnership with ITV.

Brixton Soup Kitchen founder to share his experiences in a book