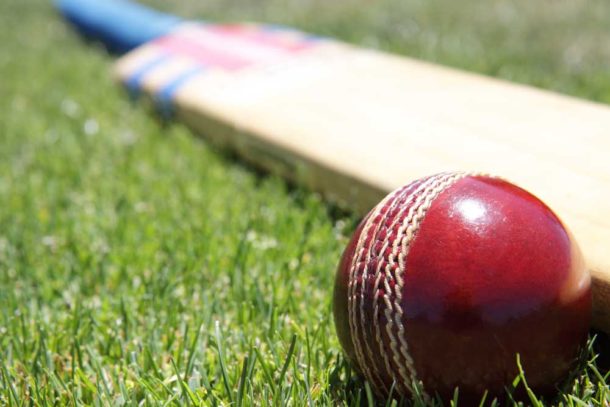 But, with only 15 points separating the bottom four everything remains in the balance.

On Saturday (11 August) Dulwich have a difficult match away to leaders Walton on Thames, who beat them by just one wicket in a low scoring game earlier in the season.

A fine unbeaten 80 by Matt Marfani saw Dulwich to a four-wicket victory in their Travelbag Surrey Championship Division 2 match at home to Kingstonian.

The visitors elected to bat, but got off to a bad start when acting skipper Jon Lodwick had Imran Khalid lbw off the second ball of the match.

This brought in Mohammed Afzal, who slogged 21 runs and was dropped twice before being bowled by Kamran Munawar – all in the space of ten balls.

Haroon Ashfaq and visiting skipper Amir Hussain then added 42 in ten overs against the quickies, but the advent of Salaar Waqar brought immediate reward when he bowled Ashfaq with his second ball.

Alex Gledhill joined the attack and the spinners slowed the scoring rate. Waqar had Hussain lbw to make it 83-4 in the 20th over.

Abid Ahmed and Rohit Syed then added 51 in 16.2 overs for the fifth wicket, taking the score to 134 after 35.5 before Ahmed was stumped off Patrick George.

This was the first of five wickets to fall in five overs for 21 runs, with another one for George, two more for Waqar, and one for Munawar.

Abdul Aziz then farmed the strike to add 22 for the last wicket without his partner facing a ball.

Waqar finished with 4-44. After a disappointing start to the season he has taken 17 wickets in his last five matches.

George took 3-20 to give him seven wickets against these opponents this year.

Kingstonian were dismissed for 177, leaving 7.2 of their overs unused. Six of their batsmen had passed 20, but Syed with 32 was the only one to reach 30.

Aziz then opened the bowling and had both openers caught behind in his first three overs, Ed Towner in the second for 5 and Nick Hudson in the third for a typically belligerent 16 comprising four boundaries.

Guy Skinner was caught at slip off Dan Gascoyne in the next over. Marfani and Waqar thus came together with the score on 30-3 after six overs.

They started circumspectly, with only 12 runs coming off their first six overs together, but gradually started to raise the tempo.

The stand had reached 82 when Waqar hit a full toss to deep midwicket to be dismissed for 32, made off 58 balls.

Sam Ellison saw Marfani past his 50 before falling for 11 with the score on 131. Ed Hopkins helped add another 18 before becoming the sixth wicket to fall.

Munawar thus joined Marfani with 29 still needed, but with plenty of overs in hand the pair were able to inch towards their target. They had reached 170 when Munawar finished it off with two fours off successive balls.

Marfani’s 80 came off 124 balls and was his second 50 of the campaign. It was the highest score by any Dulwich player this year.

Dulwich thus gained 20 points from this match while their opponents got just three and are now only seven points above them. Their two closest rivals both lost, and Dulwich therefore leapfrog them into eighth place.

Four in a row and Dulwich stay second