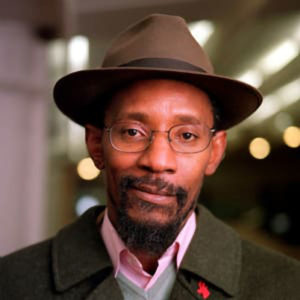 Linton Kwesi Johnson, the Brixton poet, musician and activist, was tonight (19 July) announced as a Society of Authors Cholmondeley Award winner for his work.

Judge Pascale Petit said: “We were surprised Linton Kwesi Johnson hadn’t yet been awarded a Cholmondeley. He is an icon in British poetry and we’re thrilled he is at last being garlanded.”

Fellow judge Grace Nichols said: “In his fusion of poetry and reggae rhythms, his concern in chronicling the Black experience, Linton Kwesi Johnson has established a distinctive and challenging voice that has gained him an iconic place on the Caribbean/British poetry map.”

The Cholmondeley award joins Linton Kwesi Johnson’s Silver Musgrave Medal from the Institute of Jamaica for “eminence in the field of poetry”; a Golden Pen award from English PEN for a lifetime’s achievement in writing; and the Jamaican government’s Order of Distinction – Commander Class for achievements in poetry and popular music.

He has been artist-in-residence at New York University’s Institute of African American Affairs and is a Fellow of the Royal Society of Literature.

Born in Jamaica, he came to live in Brixton in 1963 and studied at Tulse Hill School.

He received a C. Day-Lewis Fellowship in 1977 and in that year also became writer-in-residence for the borough of Lambeth.

The five Cholmondeley winners, each awarded £1,680 for their body of work, were among a total of 31 of the “boldest” writers from across the world sharing awards “judged by writers for writers” from Society of Authors Prizes – UK’S biggest literary fund.

Winners were announced at a ceremony in London hosted by Stephen Fry and introduced by novelist Philip Pullman, the president of the society.

The Society of Authors is a UK trade union with more than 10,000 members,