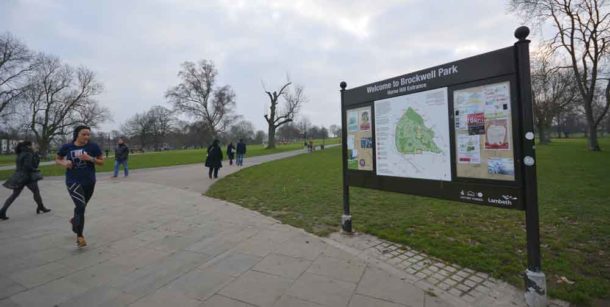 Friends of Brockwell Park (FOBP) is “incensed” over a leaflet distributed to people living near the park by the organisers of the planned Lovebox event there.

It said the leaflet contains a “clear – and false – implication” that FOBP had accepted donations from the organisers and backed the controversial festival. “Nothing could be further from the truth, as Lovebox is well aware,” it said.

The Friends went on: “It is a statement that is intended to deceive and FOBP condemns it.”

Last month FOBP unanimously opposed plans for the three-day Lovebox event in mid-July and another three-day event, Field Day, at the beginning of June.

Its statement comes the day before a meeting hosted by the Herne Hill Forum to discuss the issue. It takes place at 7.30pm on Thursday 18 January at the Baptist church on the corner of Half Moon Lane and Winterbrook Road (SE24 9HU).

Concern about the events led to the creation of a campaign to protect the park.

Along with its angry response to Lovebox, FOBP published details of local people’s responses to Sunfall events in Brockwell Park in 2016 and 2017.

Anti-social behaviour and damage to the park are the main issues, with one respondent saying: “If future events like this are allowed to take place and result in similar damage we are heading to a situation where a well-loved and cared for park which is used by all members of the community becomes a grassless wasteland.”

FOBP points out that Sunfall was on a much smaller scale than the two large events proposed for this year. A one-day event with 20,000 visitors, it would be dwarfed by the two three-day events which are designed to host 40,000 people each day.

Lovebox is ultimately controlled by the giant US corporation Live Nation, which also owns the Ticketmaster ticketing system and the UK’s O2 Academy group of venues, including the one in Brixton. Live Nation’s turnover in 2016 was $8.335 billion.

Lovebox Festivals Ltd was dissolved on 19 December 2017, although Live Nation, in partnership with an Irish company, Gaiety Investments, bought its owner, MAMA, in August 2015.

Live Nation’s activities are already causing concern in the UK music industry. Its purchase of the Isle of Wight Festival last year was investigated by the Competition and Markets Authority over concerns about a looming monopoly of such events. No action was taken.

The Association of Independent Festivals (AIF) said at the time that Live Nation has a market share of about 25% of festivals with a capacity of over 5,000.

AIF told Music Week that its research ”rings several alarm bells – highlighting that a single transnational corporation is fast headed towards widespread dominance. For independent festival operators, a Live Nation monopoly would quite simply be a stranglehold with profound and serious consequences.”

While Lambeth council says that it has not agreed finally to either festival going ahead, Lovebox has been selling tickets on its website for months. “Early bird” tickets for the Friday and Saturday are already sold out and those two days would now cost just under £90 for one person.

The event does not start until 13 July, but work on the site, according to Lovebox, will begin on 3 July.

It also says that it will “work in conjunction with Lambeth council to share infrastructure and project management” with the Lambeth Country Show, which takes place on 21 and 22 July. This, says Lovebox, “will deliver cost savings to that event”.

It says its detailed plans for “community benefits” include: