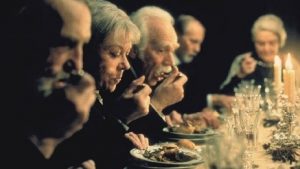 The Herne Hill Free Film Festival is returning for another year to share cinematic goodwill with nine free events and a partnership with Norwood and Brixton Foodbank.

Now in its fifth year, the festival programme kicks off on 7 December with a screening of the Oscar winning Babette’s Feast at the Herne Hill Baptist Church. Those showing at the the volunteer-led event include Christmas classics, festive fantasies and a few Santa-free films too.

Anyone attending any of the films, which run until 20 December, will have the opportunity to bring food or spare change, all of which will be donated to the foodbank.

The festival’s organisers said they have partnered with the Foodbank “to raise awareness of the great work the charity does and to bring food and support to those in need in the local area during the holiday period”.

The festival was established by Charlotte Ashworth and Free Film Festival Neil Johns to make the experience of cinema “accessible to everyone” in the local community and to introduce people to films they might not otherwise cross paths with. 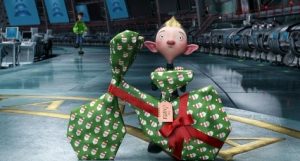 This year’s selection of films range from the family-friendly Elf – at the Holy Trinity Church on 9th December at 5pm – to the slightly less festive Paris, Texas at the Lido Cafe on 10th December at 7pm.

Others on offer include the Italian Job, Arthur Christmas and Krampus. To see the full selection and where they are on head to www.freefilmfestivals.org/hernehill/