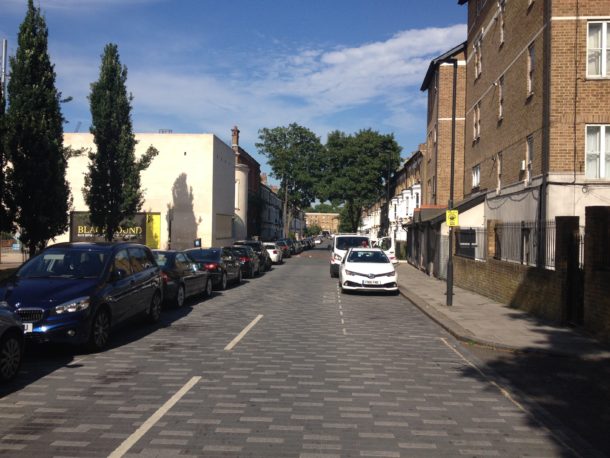 Two of the three streets in Lambeth with the most parking fines issued in the year to this April are in central Brixton near Windrush Square. Joe Wallen reports.

Rushcroft and Saltoun Roads were the top two in that order. Third was Vauxhall Grove between the Oval and Vauxhall Bridge.

Between 2014 and 2015, the last period for which figures are available, Lambeth council received more than £25 million from parking services, permits, suspensions and fines.

A surplus of more than £8 million is left after expenditure including employees’ wages. Most of this goes to concessionary fares and roadbuilding and repair.

Lambeth council has plans to turn the entire borough into a controlled parking zone.

One resident told the Bugle she had got a ticket while sitting in her car after midnight on a white line in Atlantic Road, waiting for her son. “As it was a white line I didn’t think it was a no parking zone,” she said.

A council spokesman said: “Our parking service plays an important role in keeping the streets accessible, and we encourage all road users to park safely and legally. There is guidance on all our streets, and on the council website.

“As a council we are encouraging as many people as possible to walk, cycle or take public transport because it can improve their health, reduce air pollution, cut congestion and saves them money.”

The Parking Cowboys, a group of private parking campaigners, says the worst thing someone with a parking fine can do is to ignore official court papers. “If you do, chances are you will have a default judgement made against you,” they say.

Brixton resident Caragh Arthur won publicity earlier this year when she said she would have to rely on foodbanks for several weeks after paying for 12 parking tickets.

The disabled mother, who has a blue badge, received many of the tickets for parking outside her own home.

She accepted that some had been issued correctly, but believed she was unfairly punished for not being able to get back to her car in time.

Lambeth council said six of the tickets were for parking in a restricted street and that, while the car had been displaying a blue badge, the parking clock on it had not been set to the time of arrival. It rescinded two the 12 parking fines.

Getting Lambeth’s children back onto the Streets