Hundreds of people crowded into Brixton’s Black Cultural Archives last night (9 April) for an event to mark the death of the noted equal rights campaigner and Brixton resident Darcus Howe.

Those who could not get into the courtyard to watch two films and hear the people who knew him recall his life spilled out into Windrush Square.

Without exception, they recalled his inspiring presence and intellect, bravery and humanity. 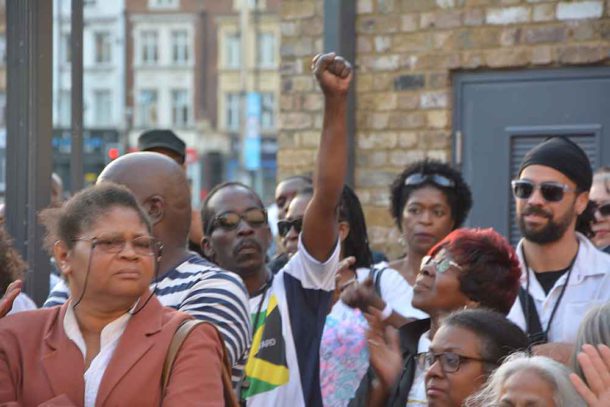