Police were called and one arrest made in the early hours of this morning after vandals attacked tributes at the David Bowie memorial at the side of Morleys on two occasions.

Local resident Rob Goacher said he heard screaming and a commotion around the memorial at about 11pm. From his window he saw a woman walking through and kicking flowers and candles across the pavement. Police arrived a few minutes after he called 999. Mourners visiting the site after the O2 tribute concert were very upset and distressed

The police arrived and rearranged the flowers while the woman continued to shout aggressively and smash bottles onto the area around the memorial.

The police calmed her down, but were unable to arrest her, so sent her on her way.

Then, at about 2.30 am, Rob was wakened again by drunks singing Bowie songs loudly and badly as if football chants. This went on for about 30 minutes.

An hour later, he called 999 again when woken by shouting and glass smashing. The same woman as before, this time accompanied by a man, were kicking into the memorial flowers and smashed the glass of a large framed picture.

Police again arrived extremely quickly. The woman was again told to go on her way as they could not make an arrest because nobody knew the owner of the picture.

The man was arrested for breaching bail conditions.

The attacks came after the memorial concert at the Academy on Sunday night. 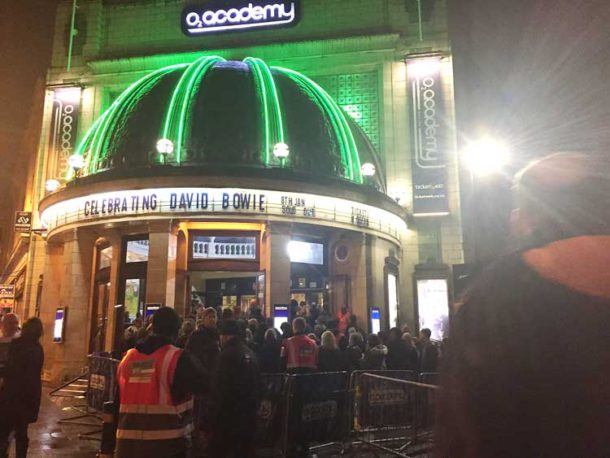 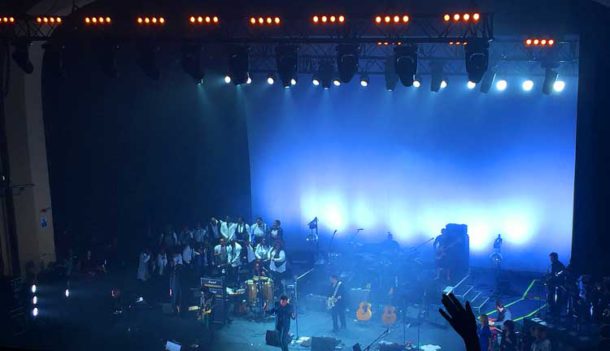