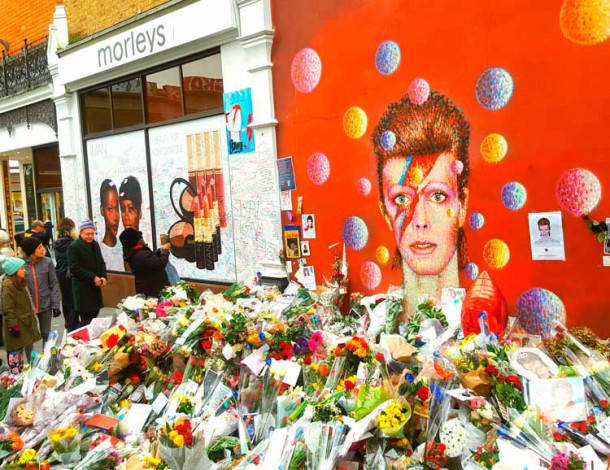 The event, on Sunday 8 January 2017 is in aid of the Children and the Arts charity and will mark what would have beenBowie’s 70th birthday.

Promoters say that Bowie band members, friends, and a “massive ensemble of top recording and touring musicians from around the world” are getting together for a one-time only series of global goodwill concerts with the London one at the Academy.

The Celebrating David Bowie concerts will take place in cities that have a strong connection with David Bowie and his work. All will feature a core of 30 travelling musicians, plus another 40 or more local musicians.

The concept grew out of two informal large ensemble shows with over 70 musicians in Los Angeles and San Francisco in the spring of 2016 including Gary Oldman, Seal, Ewan McGregor, Jerry Harrison of Talking Heads, and Bowie band collaborators from Space Oddity to the latest Blackstar album.