Your handy guide to what’s happening in Brixton 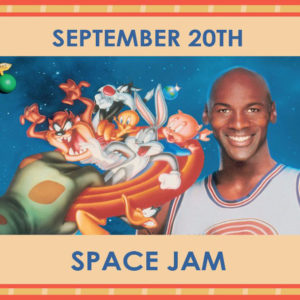 TUES 20 @ POP BRIXTON
Space Jam will be screened at the Pop Fields Outdoor Cinema, which is showing the world’s favourite sporting hits on South London’s biggest outdoor screen. £2. Doors open at 5pm for games, grass lazing & music before the film starts at 7pm.

THURS 22 @ DULWICH PICTURE GALLERY
As part of the Dulwich Picture Gallery’s Art for Young people, over five weeks, examine different ways of mapping . Explore sketching and surveying, memory maps and photomaps. 11 to 14 year olds can enjoy sessions in the grounds, Gallery and studio using a variety of materials, with artist Kim Jacobson. £75. Thursdays from 22 September to 20 October, 4.30pm to 6pm.

FRI 23 @ RITZY
Upstairs at The Ritzy will be hosting another Alan Partridge disco, after the sold out success of the last one. As well as the disco, there will be a choir singing some of Alan’s favourite songs and also a Partridge Quiz. £6. 8pm to 1:30am.

SAT 24 @ ELECTRIC BRIXTON
Milkshake clubbing brings its all-nighter concept to Electric with The Freshers all nighter featuring Ms Dynamite and So Solid Crew. £7 to £17. 10pm to 5am.

SAT 24 @ ARCH 504
The Revolutionary Communist Group is showing Soy Cuba (I am Cuba, 1964)in a fundraiser followed by a social at this Loughborough Junction venue. With a script by Yevtushenko, the Soviet film’s choreographed camera set-ups are said to be without parallel in film history. Suggested donation £5. From 7pm.