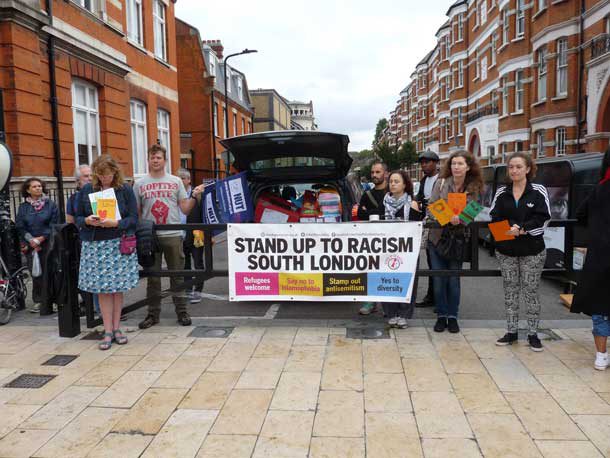 Stand Up To Racism campaigners and local residents gathered in Windrush Square last Saturday (10 September) to collect donations for the refugee camp in Calais, France. They received canned food, toiletries and underwear.

Lambeth primary schools also collected for the convoy. Sara Tomlinson, NUT Secretary for Lambeth described how, during Refugee Week, classes created collection boxes containing food, toiletries and cards from the students to be sent to the camp as a sign of support as well as raise awareness among students and their families of the growing crisis in Calais. 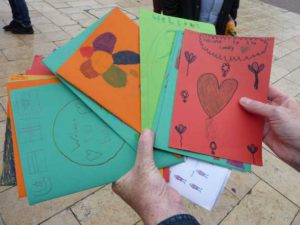 Over 50 teachers are also travelling in groups to the camp to teach and to supervise trips for the camp’s school, such as one that recently went to the local beach.

Before the convoy set off, Rahul Patel explained how the convoy was designed to kickstart a campaign that would act as an ‘antidote to a growing racist movement’.

Stand Up to Racism are next planning a winter aid collection as weather conditions worsen in the camps. The local community can donate to the Lambeth NUT office or by contacting the Stand Up to Racism Campaign group.