Lambeth has so far welcomed four of the 20 families that the council has agreed to accommodate – making it the borough that has agreed to do most to help Syrian refugees.

Rev. David Musgrave of the Lambeth circuit of the Methodist church, told the celebration: “So much has been done, so much needs to be done.”

The audience heard, for instance, that while the UK government had agreed in principle to admit lone child refugees, not one had yet reached Britain. At least 200 eligible children have been identified in the Calais refugee camp and councils, including Lambeth, have agreed to take them.

The minister-in-charge of Brixton Hill and Mostyn Road Methodist churches said that when he visited the Calais refugee camp: “The image frozen in my brain was of of a nine-year-old-boy saying simply that all he wanted was a safe house and a bed to sleep in.”

Rabbi Janet Darley told how, two years ago, she and mayor Jaffer, a Muslim, had been at a 50-strong gathering in Brixton’s Windrush Square to celebrate the Jewish festival of Succot and to launch the campaign to welcome refugees to Lambeth.

The CitizensUK charity has been at the forefront of the campaign, as have students from St Gabriel’s.

One of them, Nora Serrieh, opened proceedings. “Our idea was that our school could be a place where refugees could be welcome so that er could do our bit to tackle the refugee crisis,” she said.

“That’s why we’re so excited to be hosting this welcome dinner. It’s so inspiring to see our diverse community coming together.”

All speakers stressed how much still needs to be done to aid refugees, especially in a borough with an acute housing shortage.

Citizens UK and its South London section have produced two briefings on how Lambeth residents, especially private landlords, can help. 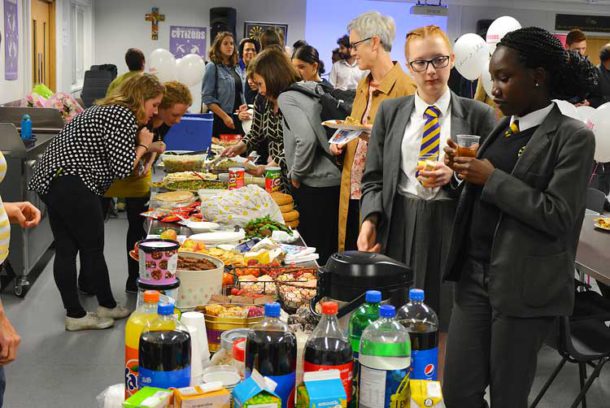 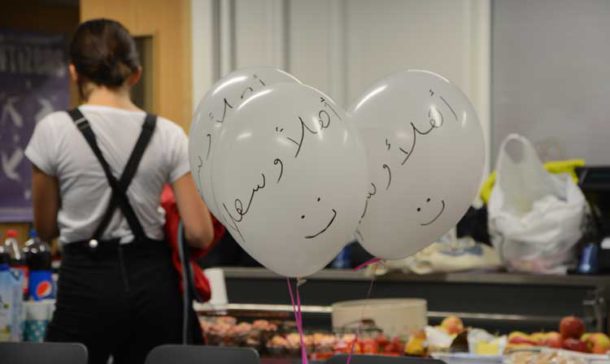 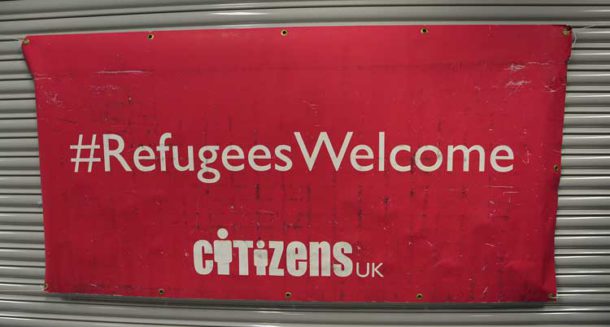