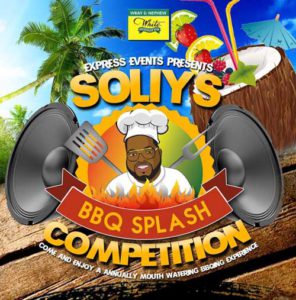 “It’s not just any BBQ competition,” he says. “We want the community to come and enjoy competitive festivities, culture and entertainment.”

The festival will be in BSK’s large green open space garden at 297-299 Coldharbour Lane, SW9 8RP, from noon to 8pm. Entry will be free with an option to donate.

Sponsors for the event include top Jamaican rum distiller Wray and Nephew, the Jerk Pan Co. (which will award the winner and runners-up), Juiced and Tesco.

The competition itself is open to anyone who thinks they are good enough with a barbecue. A panel of local celebrities and food experts will rank the competitors.