Councillor Clair Wilcox, chair of the committee, repeatedly told protesters at the meeting that the issues they were raising formally and in increasingly angry interruptions were outside the remit of the meeting.

Much of the anger was directed at two representatives of Network Rail, the owners of the arches, who were repeatedly challenged to explain why the company’s consultation on the development had referred only to “refurbishment” when wholesale redevelopment was the issue before the committee.

Riccardo Festa, who has run The Baron men’s clothes shop on Atlantic Road for more than 30 years, told the Blog earlier this year that the 20-year leases of many of the existing tenants of the arches could be ended for only two reasons: structural repair or regeneration.

Councillor members of the committee raised a number of issues and one of them, Jo Simpson, who represents Prince’s ward which covers parts of Vauxhall and Kennington, voted against granting conditional permission as the council’s officers had recommended.

As the meeting ended, rapper Potent Whisper, founder of Our Brixton, appearing as a formal objector under his actual name of Georgie Stephanou, leapt onto a desk and scattered sparkling red dust to represent the “blood” of Brixton that was being shed. He also led a protest outside the meeting at the Karibu Centre.

Another formal objector was local MP Helen Hayes (Dulwich and West Norwood). After the meeting, she issued a statement repeating her charge that: “Network Rail has, for a long period of time, not been a responsible landlord”.

While, she said, no-one disputed the need for significant work on the arches, she remained concerned about a number of aspects of the planning application.

“The Brixton railway arches are home to approximately 50 businesses in my constituency, and support approximately 150 full and part time jobs,” she said.

Most of the businesses had been in the arches for a long time and owners and staff were drawn from diverse backgrounds.

“The arches are integral to the identity of Brixton town centre, the businesses serve our area extremely well, and they are a key part of the community in Brixton,” said the MP.

But many of them had told her of having had a very poor response when they had contacted Network Rail about leaks, blocked drains, infestations and other problems, and many had had to pay themselves to have urgent repairs completed which Network Rail was responsible for.

“I would like to place on record how regrettable it is that this historic neglect has now led to a situation where such major works are necessary, apparently requiring vacant possession of the arches,” said the MP.

She called on Lambeth council “to do everything possible to ensure that Network Rail completes the necessary work to the arches in a way that protects and sustains existing businesses, minimises the disruption and impact on the wider town centre, and retains the current mix of businesses which provide local jobs and serve our local community so well.”

Echoing concerns from objectors and some councillors at the committee meeting last night, she said: 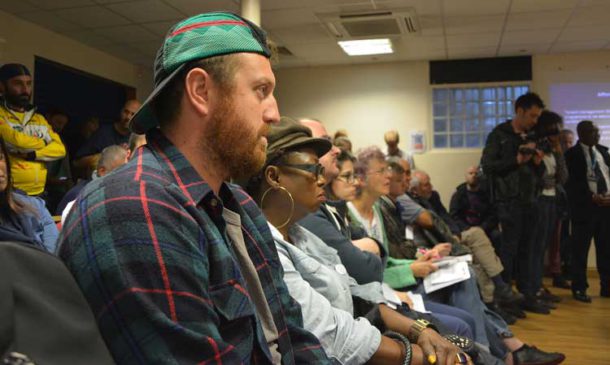 The committee agreed a series of suggestions for advisory notes and conditions connected to the granting of planning permission that were summarised by Cllr Wilcox and will be drafted formally by council officers.

A council spokesman said: “The conditions imposed in approving this application reflect Lambeth council’s commitment to retaining independent, local businesses that are such an integral part of Brixton.

“The council has worked very hard with Network Rail and tenants to reach an agreement on stepped rents making it more attractive for the 75% of businesses who want to return.

“We can’t comment on individual compensation or other legal agreements between landlord and tenants, but we are pleased that so many traders want to come back to the refurbished arches and will continue to offer support to them during their temporary relocation.” 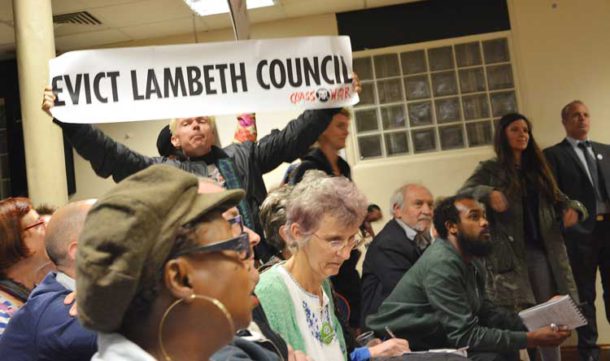