Upstairs at the Ritzy was packed on Saturday with people wanting to see and hear for themselves why millions of desperate people are fleeing Syria and other war zones and what they can do to help them.

Local campaigners from the charity Save the Children were showing This is Exile: Diaries of Child Refugees. The award-winning film documents the lives of children fleeing the civil war in Syria.

As abstract arguments about migration dominate debate about leaving or staying in the EU, the film demonstrates through the words of children why people are risking their lives to seek safety and that neither migrants nor refugees, but exiles, is the best description of them.

The film was followed by an even more personal account of what drives people into exile as one of them, Ahmad, who left Syria to save his life after dozens of other young men from his town were massacred, told the story of how he reached the UK 16 months ago. 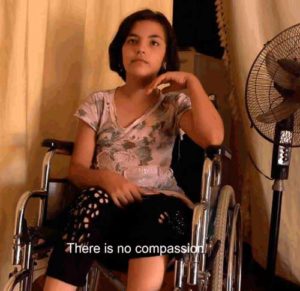 His description of the Calais refugee camp as the worst place that he had had to endure on his harrowing journey on the day France refused to allow an aid convoy from the UK to travel there, reinforced the words of one the children in the film: “There is no compassion”.

Brixton resident Ellie Scofield, a Save the Children community champion, told the audience there were several ways, in addition to donations, that people could help children like those in the film who had been driven into exile.

They could organise events like the one at Upstairs at the Ritzy – for which the venue did not charge the charity; volunteer to help exiled children learn English; or pressure MPs and government to do more or, indeed, anything to help such children.

As one says in the film as he recalls being bombed and shelled: “We didn’t do anything wrong”.

Find out more about how you could help from charity’s website. 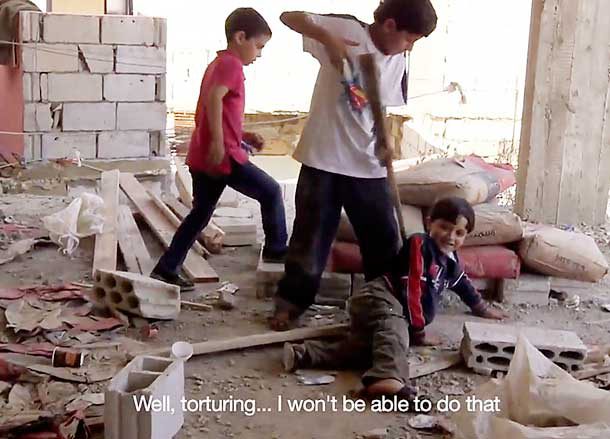 History on the wall at Brixton’s Grove adventure playground