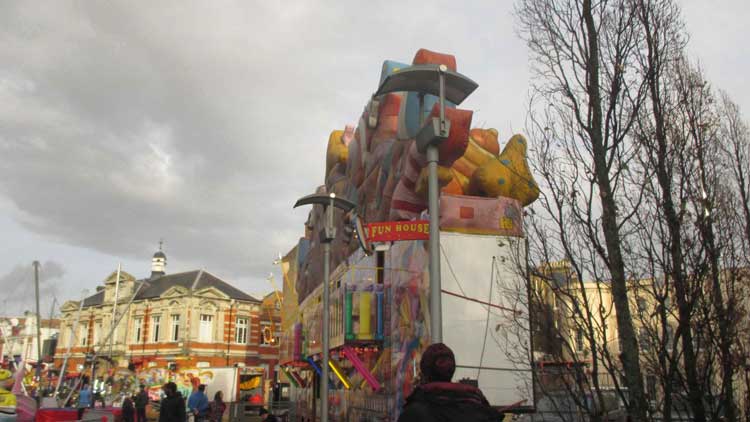 Supporters of Windrush Square have reacted to growing concern about the state of the square by urging the community to use it or lose it.

The square has been beset with problems since its creation six years ago this month with funding from Transport for London (TfL).

Prostitution, theft, joy riders, litter, broken flagstones, lighting that is too expensive to repair and public urination are all problems that concern supporters of the square and nearby residents, some of whom – at the end of their tether – have contacted the police in the hope of getting action.

As Lambeth council tackles huge cuts to its budgets, residents, local groups and the Friends of Windrush Square met council leader Lib Peck to discover what the council plans to do about these problems.

A spokesperson for Lambeth council said last month: “We are aware of residents’ concerns about antisocial behaviour in Windrush Square and, together with the Brixton Society, the Friends of Windrush Square, police and other partners, are working to resolve the problems.” 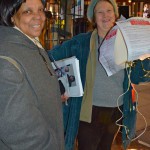 But, says Annick Alet (pictured, left) of Friends of Windrush Square, there is also plenty to be proud of – community events hosted in the square have included fun palaces, bulb planting, art fairs, and community days. It is one of the few open public spaces in Lambeth where people now naturally congregate, as with the Bowie homage a few weeks ago.

Marilyn Rogers (pictured, right), of Friends of Tate Library Brixton, says that a library day on 6 February (10–4pm) is a good example of how the square can be used. Friends of Tate Library, with the support of the London Community Foundation and Lambeth council, are running workshops in gardening, creativity and healthy lifestyles as well as a celebration of David Bowie with music and film in the evening that spill out onto the square.

Friends of Windrush Square, an offshoot of the Brixton Society, is determined to be positive. Annick Alet said: “We are calling on the community to engage with the square and come up with ideas for events and celebrations and to help organise them. Come and be a Brixtonian!”

Anyone interested should email the Friends of Windrush Square.