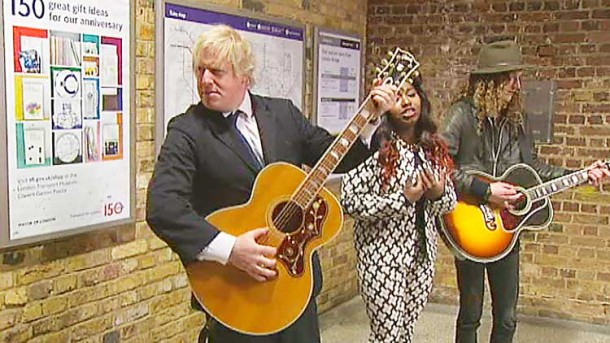 Campaigners fighting to save the Half Moon in Herne Hill as an important music venue have challenged London mayor and music fan Boris Johnson to make good on his stated support for the campaign.

His help, and that of all Half Moon supporters, is needed as it is becoming clear that the new landlord of the pub, Fuller’s brewery of west London, does not see a future for music there.

Its planning application – to convert it to a posh pub with a hotel on top – makes no mention of music.

Peter Blair of the Save the Half Moon Campaign said Fuller’s had told the campaign that it was their priority to “engage with local residents to ensure we do the right thing for the community”.

Said Blair: “The right thing for our community is to ensure that the development plans of Fuller’s retain the capacity of the Half Moon as a grassroots music venue.

“To say that we are disappointed with their initial actions upon taking over the leasehold of the pub would be an understatement.”

Responding directly to the campaign’s change.org petition, Boris Johnson said: “The Half Moon has a reputation as a genuine grassroots music venue, where audiences can see the next generation of talent at the start of their careers.

“As well as recognising the Half Moon’s music heritage, we would urge the management to continue a regular programme of new and cutting edge grassroots music acts.”

Blair said that with Fuller’s planning application now lodged, the Half Moon had become a test case for the mayor, and “a genuine test of the credibility of his commitment to saving a world-renowned South London music venue.

“We very much welcome the active support and influence of City Hall in the next stage of our campaign to save our music venue.”

You can register opposition to and make public comments on Fuller’s planning application at its page on Southwark Council’s website.