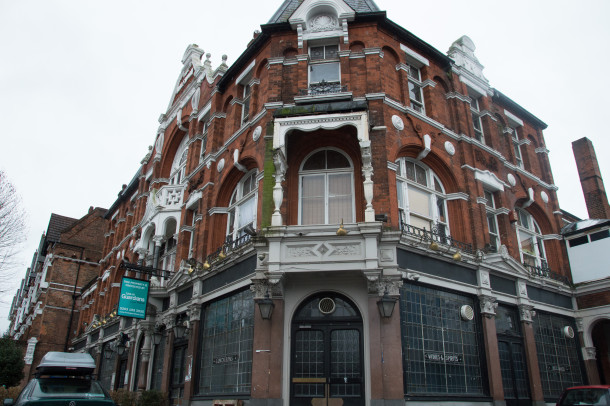 Herne Hill locals campaigning to retain the Half Moon as a music pub have been given new hope by the announcement that the pub is finally on track to reopen its doors this summer, almost three years after flooding from a burst water main led to its closure.

Described as a “hub of the community”, it has hosted a string of famous acts in the past, including U2, Billy Bragg, and even an impromptu performance from Frank Sinatra.

A deal was struck between owners The Dulwich Estate and new tenants Fuller’s brewer of London.

The London brewers have planned some changes to the Grade II listed building which the Dulwich estate had originally planned to turn in to flats. 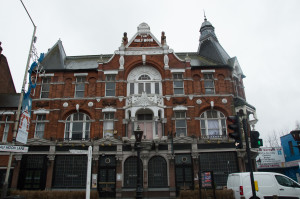 A spokeswoman said: “We aim to be reopening the pub, complete with a few hotel bedrooms, in the late summer, subject to gaining relevant planning and listed building consents.

The deal has met with approval from local campaigners, who were instrumental in helping the pub to gain Asset of Community Value status before Christmas.

Peter Blair, from Save The Half Moon Pub Herne Hill, said he hopes the pub will follow the example of successful Fuller’s music pubs like The Distillers in Hammersmith.

“For a long time the pub has been first and foremost a music pub. But I think it’s also important to recognise that it was a centre for the performing arts as a whole.”

The pub and its cultural stories have become part of the history of Herne Hill itself. It was poet Dylan Thomas’ local haunt and Milkwood Road, which begins outside the Half Moon, is widely believed to be the inspiration for the title of his acclaimed radio drama Under Milk Wood.

And the iconic building also featured in Alan Moore’s graphic novel From Hell.

The story which is perhaps most famous among locals is that of an unexpected visit from an American musical great.

“The local folklore is that Frank Sinatra came in and sang in the pub one night,” said Blair.

“His old chauffeur became the landlord of the Half Moon, and he apparently dropped in after a show in the 50s and was persuaded to sing a number.”

Now the pub, which entertained high-profile acts like Anna Calvi right up until its closure, will have the chance to create more stories.

Earlier this month Brixton Blog sat down with Peter Blair to discuss what steps could be taken to ensure that the pub reopens successfully.
You can watch the interview below.

Art trail is response to devastating 2013 flood in Herne Hill