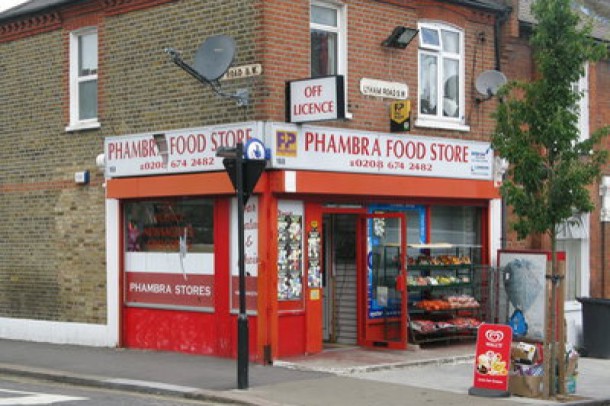 The crowdfunded appeal for the Brixton shopkeeper injured when robbers fired pellets into his eyes is nearing its original £1,000 target.

It stood at £910 at lunchtime today (4 November) and now the neighbour who launched the appeal hopes it can reach £2,000.

Emily Howell said it had received many small donations for the shopkeeper of Phambra Food Store in Lyham Road.

She said: “We felt we should do something to help him while he recovers. He’s a right sweetheart who’s always friendly and welcoming, waves to us when we go to work, lets us pay for stuff later when we don’t have the right change and makes the area feel like a real community.

“Me and my housemates Cat and Hinako live directly opposite the shop, so we’re regular customers (often in our pyjamas) – and it was horrifying to see what happened to a shop that feels so safe. We’ve had some really lovely comments from ex-residents as well as those who’ve just wanted to show their support, including:

I was touched by this story – it is a shame that someone who is obviously so nice has been harmed in this violent way.

Wishing you a speedy recovery. We’re old neighbours and customers. We really valued having such a friendly business in the community.

Really hope he is able to recover his full sight! Can’t believe what is happening to our local area recently – but lovely to see the community rally up and support one another. xx

“I think everyone in the local area is shocked by the violence of what happened, especially on such a gentle man who’s always smiling.

“I’ve lived in Brixton for four years and one of my favourite things about it is the amazing sense of community – it has such great character and the people are what makes it such a lovely place to live.

“This is only a small gesture but I hope it reassures him tha,t regardless of what’s happened there are a lot of people who care about him and the community spirit he creates.