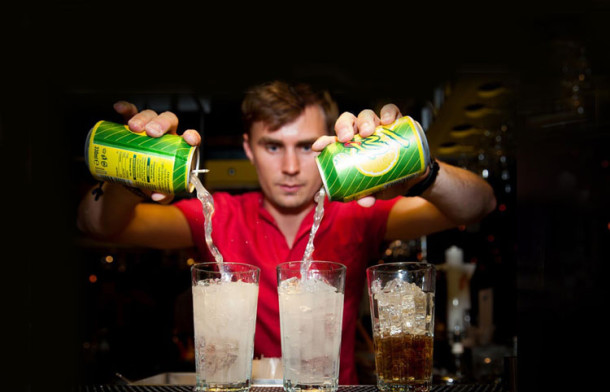 Brixton’s new Turtle Bay restaurant – due to open in October – has answered critics of its policy on waiters’ tips.

A London trade union had called on the chain to change the policy that requires its waiters to pay the restaurant 3% of any sales they generate. This means that a waiter who sold £1,000 of meals and drinks in a shift would have to stump up £30 in cash to the restaurant at the end of that shift.

A Turtle Bay spokesperson said that, over the past four years, its restaurants have trialled various different tipping policies and had found that its current policy is the “most efficient”.

“Turtle Bay’s tipping policy ensures that all members of staff, from waiting to wash up, are tipped equally for their services,” she said.

Turtle Bay says its new restaurant – at 382 Brixton Road, previously occupied by El Peñol – is its first in inner London and will create 60 or more new jobs.

Perry Phillips, London regional organiser for the GMB trade union, had called on the restaurant chain to follow the example of Pizza Express, which had a similar policy of charging waiters for the sales they made but last week announced that it was dropping it.

According to reports in the Guardian newspaper, Turtle Bay’s 3% payment must be made whether or not the waiter has received enough in tips to cover it.

“There should be a clear policy that all tips should go to the workers,” said Phillips, “There is no justification for these monies going to cover costs of running restaurants. These costs have to be recovered by upfront prices charged to customers.”

Turtle Bay said in response to the reports: “The 3% is a calculation on a server’s total sales, and in the vast majority of cases customers will leave in excess of 10–15% of their bill as tips. In addition, a 10% service charge is added to all tables of five or more, which the server also keeps.”

Turtle Bay founder Ajith Jaya-Wickrema, told TheGuide2Surrey bog earlier this year that he used to eat in Brixton and that a good restaurateur has to be able “to motivate and get the best out of people. It’s the people that make a restaurant what it is, ultimately”.

His new restaurant claims it will be the first in Brixton “where you can eat, drink and dance until late,” adding: “Turtle Bay has become a restaurant that embodies the spirit of the beach – hosting a comfortable, vibrant environment for all ages, whether it’s for drinks with friends or dinner with the family”. 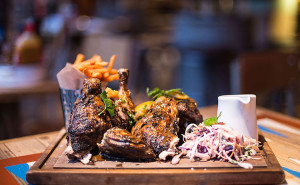 The menu will include shrimp and mango wraps, Jamaican browned chicken, BBQ pineapple and rum and raisin bread pudding. More than 20 rum-based cocktails will be on offer along with Caribbean beers including Carib, Guinness West Indies Porter and Turtle Bay’s own Jamaican Pale Ale.

Turtle Bay ran a recruitment session at Brixton Rec this week for shortlisted candidates who had applied for vacancies online. Job prospects for Brixton people include front of house, waiting, kitchen and bar staff.

Turtle Bay operations manager Eddie Coyne said: “We look for team members who are warm, friendly, have bags of energy and great personalities. The best things about Brixton are the people and community – Turtle Bay is a family and we are looking forward to employing great people from the local area.”

The restaurant says it will also be using local artists, music and produce from Brixton’s Caribbean community.

If Nour can go, what else could we lose?