The Severed Limb 7in single Launch Party by Petra Gent

The Windmill, Brixton, continues to be one of London’s gems in terms of independent live music venues. With events on most nights and a diverse range of bands it is often bursting at the seams with appreciative audiences. Saturday night (21 February) was no exception.

The event was billed as a launch party for The Severed Limb’s new single release on vinyl. They have recently signed to the legendary Damaged Goods Records label and a new album will follow on March 2nd. 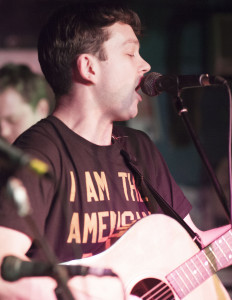 The band have their roots in South West London and their new album was recorded in the all-analogue Studio 65 in Brixton.  They began life as a punk skiffle trio back in 2008, and since then they have grown to become a 6 piece – incorporating double bass, washboard, accordion and guitar and drums in their live shows.

There was a real buzz of excitement in the room before the boys played. They clearly have a loyal following and the support band, Orchestre Du Mont Plaisant, had already got the room dancing with their ‘sounds of Cumbia, Afro-Cuban grooves and eastern tempos fused with personal songwriting.’

The Severed Limb’s sound is instantly accessible. Their beats had the audience jumping from the offset, and the energy from the band fed the vibe in the room. With punk accents as well as a little ska, rockabilly and some bluegrass tones – this is a gorgeous mix of influences. They have also been described as a ‘roots and punk outfit with a Clash-like diversity and curiosity for global sounds’. 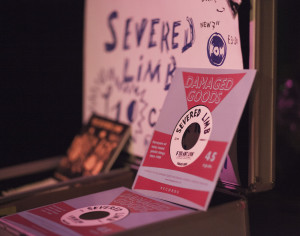 The band have great stage presence as well. On main vocals, Bobby has a great rapport with his audience – almost shouting his banter with enthusiasm. We were also treated to the incredibly animated moves of washboard maestro Leo Lewis. It did feel like a party on the stage at times.

The Severed Limb have already attracted the interest of the Steve Lamacq, Mark Radcliffe and Gideon Coe and no doubt we’ll be hearing much more from this year. Next London gig is the album launch party at The Stags Head, Hoxton, March 7th.