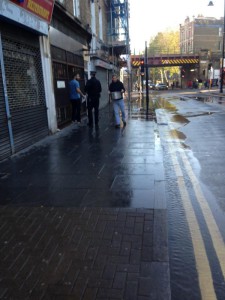 A burst water main, thought to have been caused by the cold weather, has flooded basements of Coldharbour Lane businesses and left others in Market Row without water this morning.

A steady flow of water was seen streaming from the pavement besides 384 Coldharbour Lane, as a police officer directed traffic to slow down.

Own business owner told the Blog that at least one cellar was flooded on the street, and that other units in the covered market behind were left without water.

Thames Water said it has sent a team to repair the damaged pipes. It apologised to customers who “may be without water.”

Have you been affected by this or another burst water main? Let us know newsdesk@brixtonblog.com 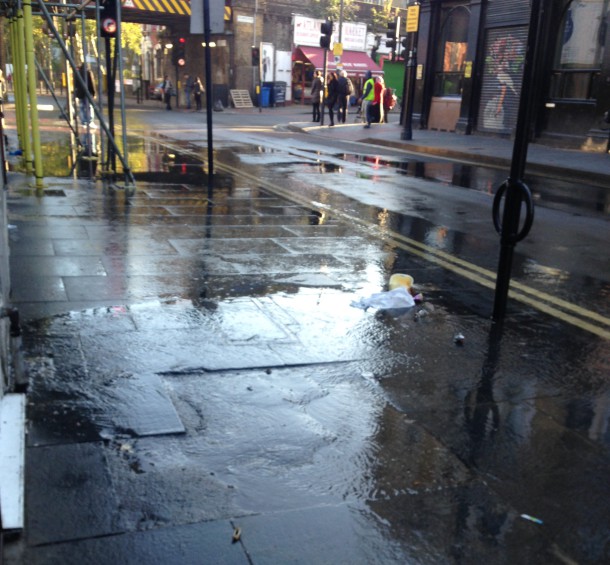