Many schools in Brixton and Lambeth are shut today as teachers walk out in a row over pay and pensions.

Teaching unions members were protesting on the steps of Lambeth Town Hall this morning, claiming their action had closed 80 percent of the borough’s schools.

Lambeth council said that 18 schools are open, but 60 are closed or partially closed.

Members of the National Union of Teachers and Nasuwt are unhappy about changes to pay and conditions enforced by education secretary Michael Gove.

Sara Tomlinson, Lambeth branch secretary of the NUT told Brixton Blog this morning: “We’ve seen over 80 percent of schools in the borough closed today, the strike has been extremely well supported. There have even been schools affected which are not normally closed. I’ve been surprised by the level of support.”

Tomlinson said the action was about more than just pay and conditions. “This is about what Gove is doing to our education system,” she said. “It’s about testing children at five, it’s about performance related pay making teachers compete against each other rather than collaborate.”

Across the country the strike has seen thousands of schools closed, and another strike is due to take place before Christmas.

Education minister David Laws condemned the action. He said:”The right way to fix education policy is either by talking with the government or through the ballot box, and not taking industrial action.

“I think that is the view of the vast majority of teachers who I don’t think will be striking today even in those areas where the NUT and NASUWT are trying to take action.” 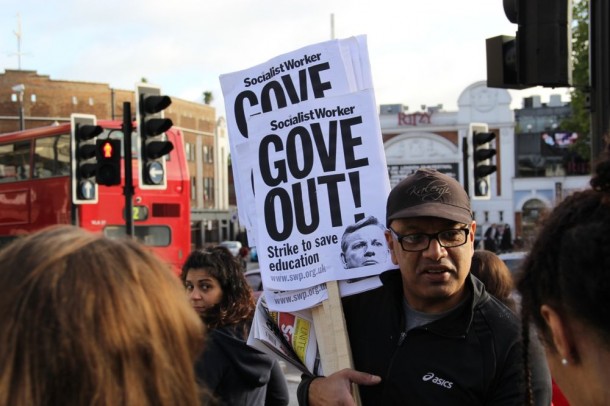 Michael Holland, a teacher at Streatham’s Sunny Hill Primary School, told the Blog: “What the govenernment is doing is decimating eduction for children across the country. All Michael Gove wants to  do is create an education factory.

“I am here today fighting for education. For the education of our children. And our fightback is part of the wider fightback against government cuts.”

Paul Drake, from Hitherfield Primary School, Streatham, said: “Of course we regret that some parents have to take a day of and lose a day of pay. But sometimes the only option to get your voice heard is to go on strike.”

What do you make of the strike action? Justified action or major inconvenience? Leave your comments below or email us on newsdesk@brixtonblog.com.

All pictures by Tim Dickens 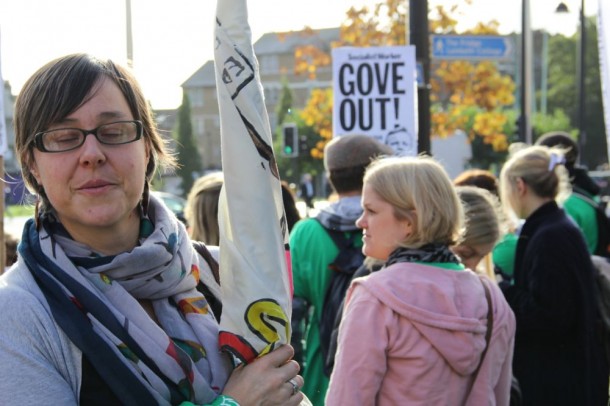 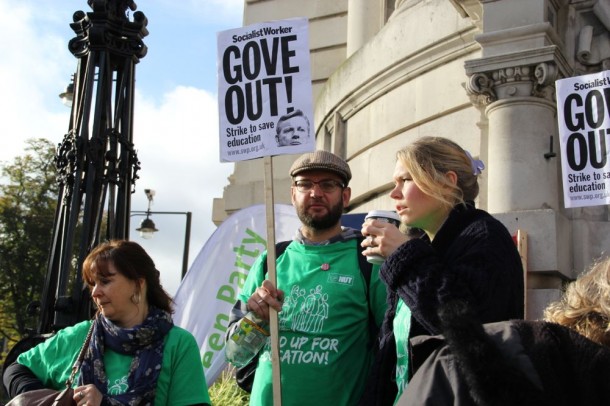 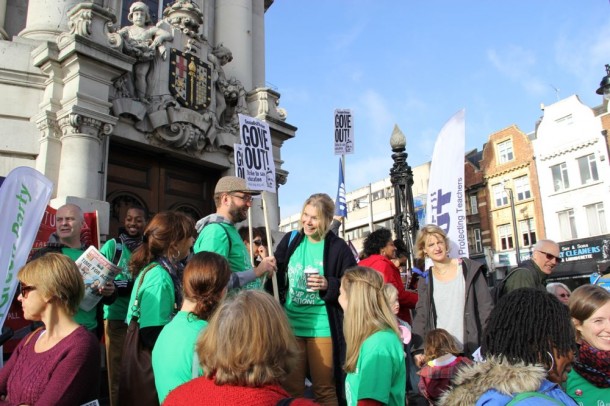 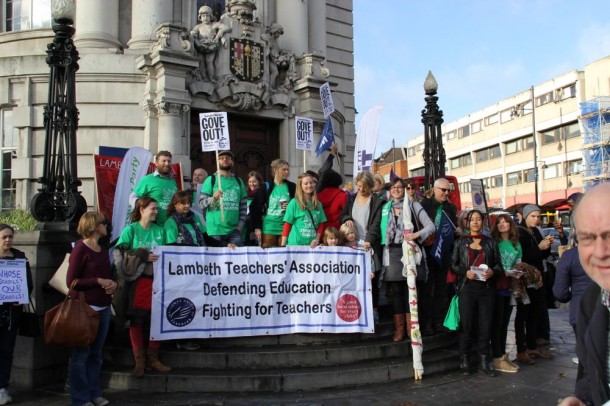 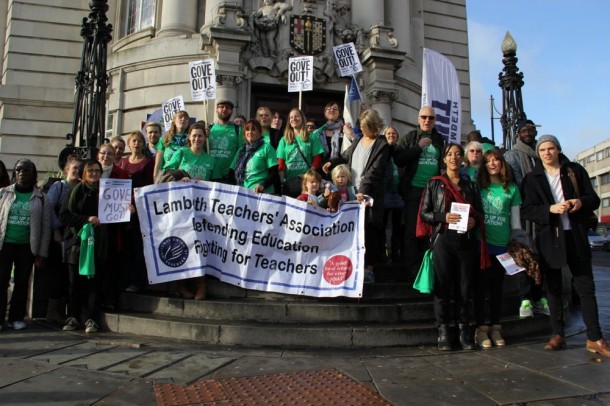 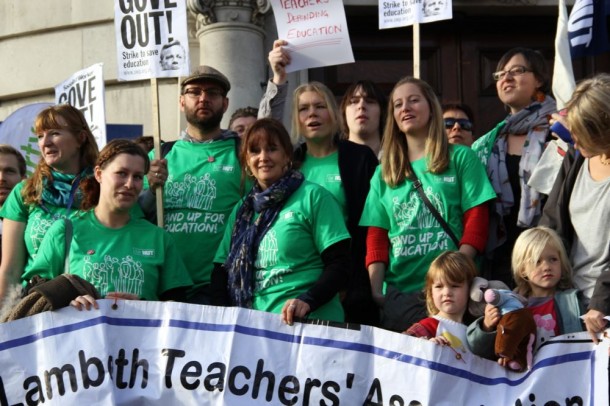 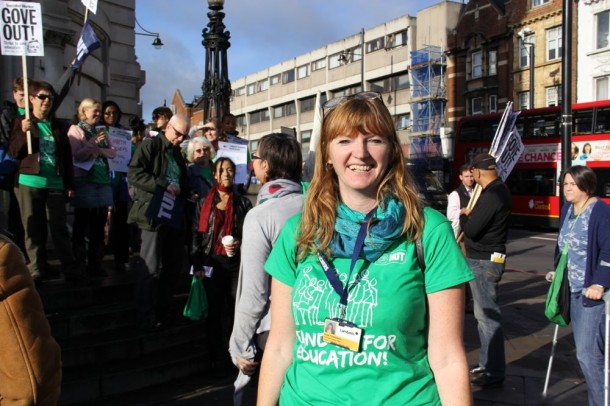 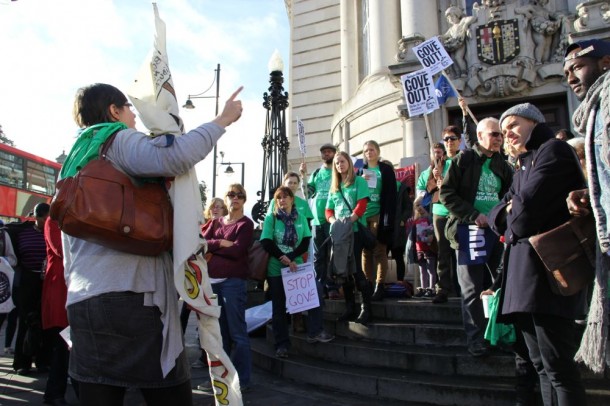 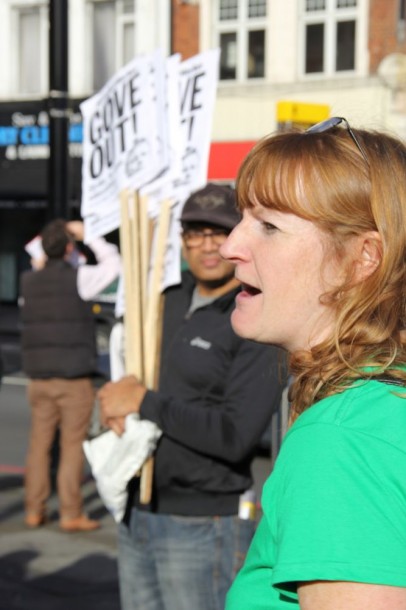 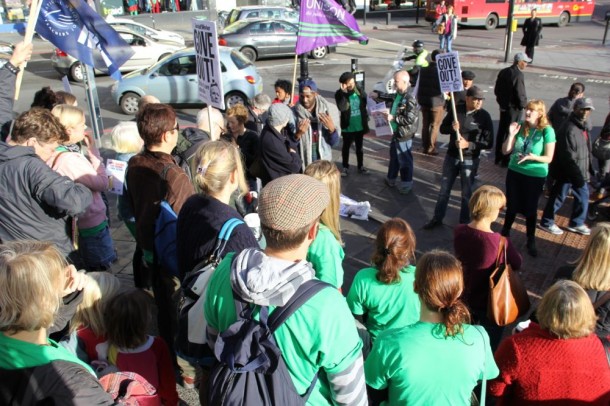 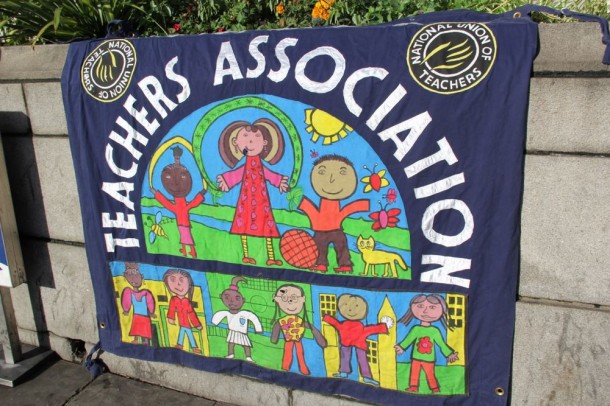 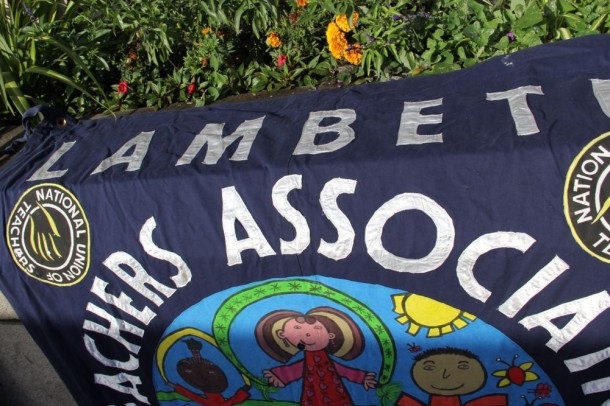