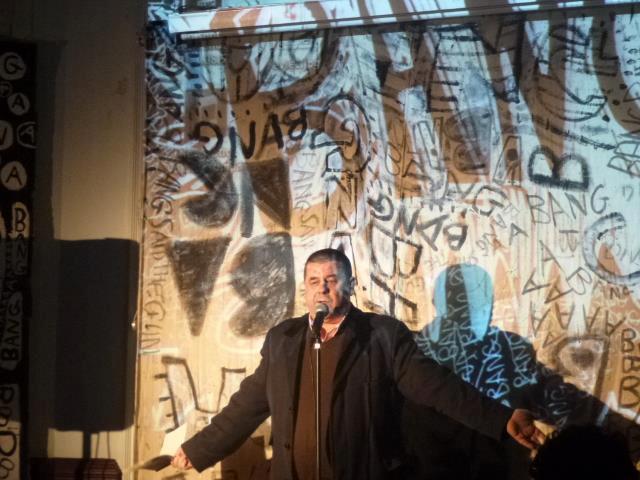 “My daughter says I’m a hipster”, is the unlikely opening gambit of the burly, heavily tattooed skinhead sitting opposite me. Why’s that? “I listen to bands no one’s ever heard of. I live in east London and I sleep with posh girls.” He immediately starts cackling at his own joke.

It’s a disarming start to an interview characterised by Tim’s direct way of talking. Honesty and frankness are qualities which have been celebrated in his poetry. In the past his chipper, freewheeling and intensely political style of verse has been lauded in the Guardian’s culture pages and his first collection, Boys’ Night Out In The Afternoon, was shortlisted for a prestigious Forward Prize. This straight-talking reputation must also serve him well in his day job as a business advisor, a job he is clearly passionate about.

“Most of the people I work with in Brixton are long-term unemployed and looking to be self-employed. Obviously with jobs thin on the ground, self-employment can be quite a good option for people. I help them plan what they’re going to do. I talk them through in-work benefits such as housing benefit and help them balance business and living costs. If there’s a few pounds in their pocket then they’ve got a business.”

So what sorts of businesses are the entrepreneurial citizens of Lambeth setting up right now? “Across the board to be honest. Recently I’ve worked with painter-decorators, cab drivers, fitness instructors, engineers, photographers, cleaners… you name it.”

“I’ve worked in other places, mainly east London. Lambeth’s actually fairly easy. In a working class areas like this people are pretty entrepreneurial, especially where there’s a lot of second generation immigration. People often come from a background where their parents or grandparents worked for themselves, so self-employment isn’t a shock to them. People here are quite motivated. In working class areas, jobs can be thin on the ground. If you’ve got a good idea, you could be making yourself some money” 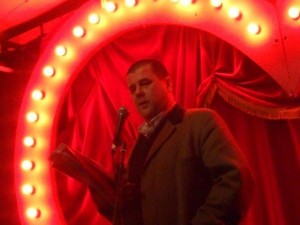 These strongly class-aware answers are unsurprising.  Tim cut his teeth, among other things, on the political riots of the 1980s and as a socialist of the old-school he vocally supports self-organisation among the working classes. I steer the conversation towards the gentrification of Brixton, a topic which is weighing heavily on many local people.

Why does he think people have reacted badly to the opening of a branch of Foxtons? “I can see why they have. What annoys me about gentrification is, it’s kind of like there are 2 streets – one on top of the other – and there’s very little mixing. So very little of the money that trendy eateries, trendy shops and trendy bars bring into the area actually trickles down to local people.”

“If middle class people move into an area and fit in, become part of the community, then fair enough. I don’t have any problem with that. People come and go, that’s life. The problem is shops and bars that offer nothing to local people, with prices that exclude them.”

Many people here – not least me – are young and relatively new to the area. For some, the riots of 2011 came as a rather large shock. Tim, having lived through the 1980s and the first wave of riots (“And the second, and the third!”) takes the long view.

“Brixton was always an area of flux. In 1981 the whole country erupted in riots, but Brixton had one of the biggest. The poet Linton Kwesi Johnson wrote very well about it. Me and my mates could all recite Sonny’s Lettah (a poem written from the perspective of a wrongfully arrested black prisoner). Brixton does have a bit of attitude to it where they won’t put up with it, and rightly so.”

Does he see the same spirit of defiance in the recent disturbances? “I think the riots of the 1980s were much more about a community kicking back. The 2011 riots were not overtly political, though undoubtedly caused by politics. They were more about criminality, which I’m not in favour of. In the 1980s there was very much a ‘them and us’. At the moment there’s just a ‘them’. There’s not really an ‘us’. I would like to see the ‘us’ come back.

Before I leave, I ask him about his friendship with Michael Groce. Groce, now a respected poet and community worker, has become part of Brixton folklore after a 1985 riot was sparked by police accidentally shooting his mother whilst attempting to arrest him.

“I met him at a poetry gig. All these posh poets were reading anti-establishment poetry, so I asked everyone if they’d ever had a kicking from the police. Only me and Michael put our hands up! We’ve been pals ever since.”

Cherry Groce’s son revisits the room where his mum was shot...

INTERVIEW: Putting the past in its place