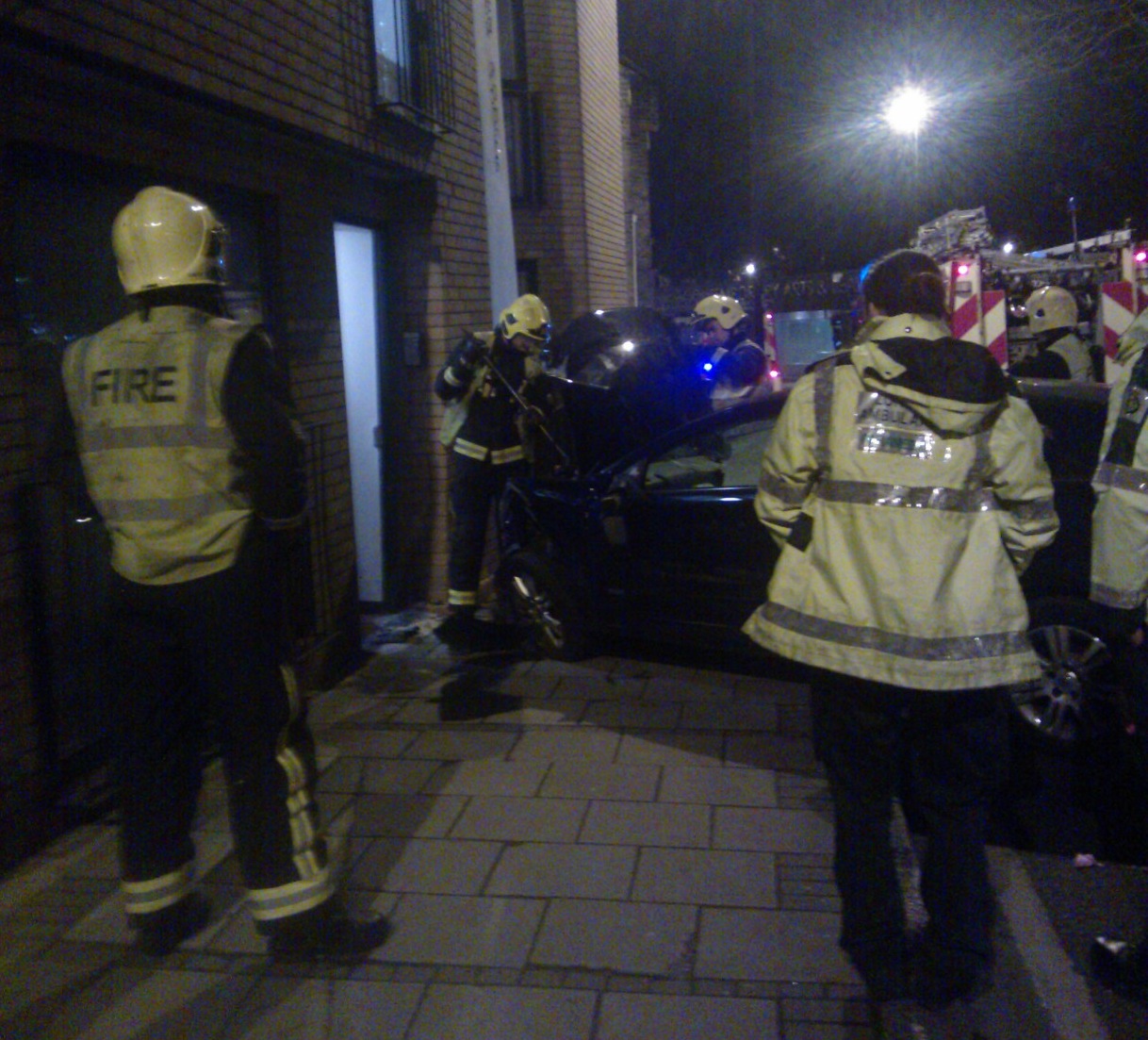 This photograph captures the scene in Railton Road, Brixton yesterday after three men crashed a car into the side of a block of flats.

The smash, which happened at Alexander House about 4am yesterday, woke neighbours and caused extensive damage. It is the second time a car has careered into the building in three years.

According to eyewitness Nissa Ramsey, who took these dramatic photographs, one of three men in the car when it crashed was knocked unconcious by the impact.

She said: “His head was bleeding but as soon as he came round they ran off towards Herne Hill.”

The car was thought to be stolen. Firefighters, police and ambulance crews were called to the scene.

A spokesman for Lambeth Police said officers were called to reports of a car hitting the building. She added: “Police and London Ambulance Service (LAS) attended the scene to find the three males inside the car had decamped. The vehicle in question was safely recovered. No casualties were reported.”

A former resident of Alexander House, Julie Encarnacao, commented: “The building had to be partly rebuilt and I was unable to access my belongings for over four months and told I would not be able to move back in anytime soon.

She added: “This building is located on a sharp curve where cars often drive quite fast  and could easily lose control.  I am shocked that they did not install bollards on the sidewalk after the first incident. Pure stupidity!” 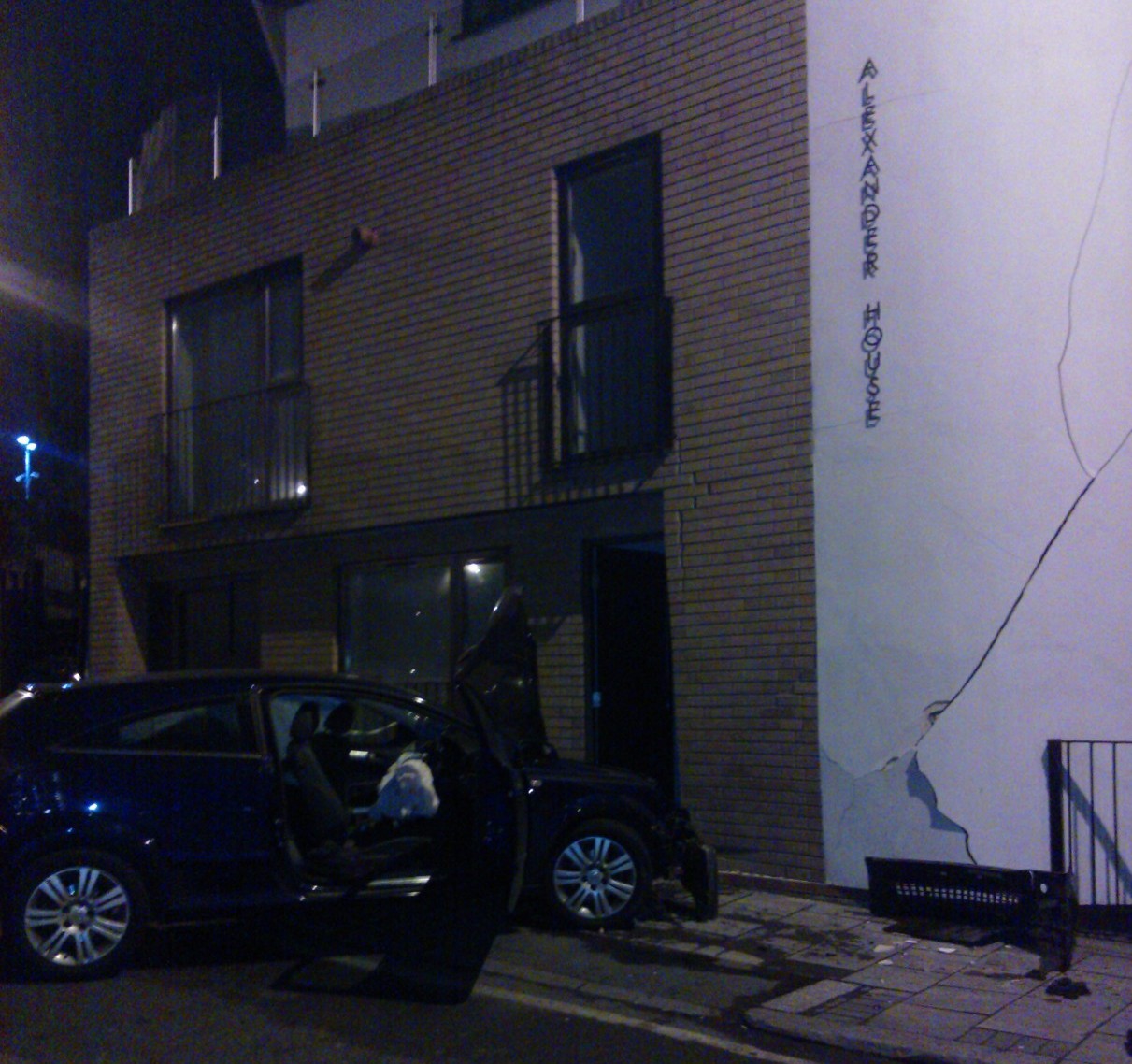 You can’t change change. But it must be managed