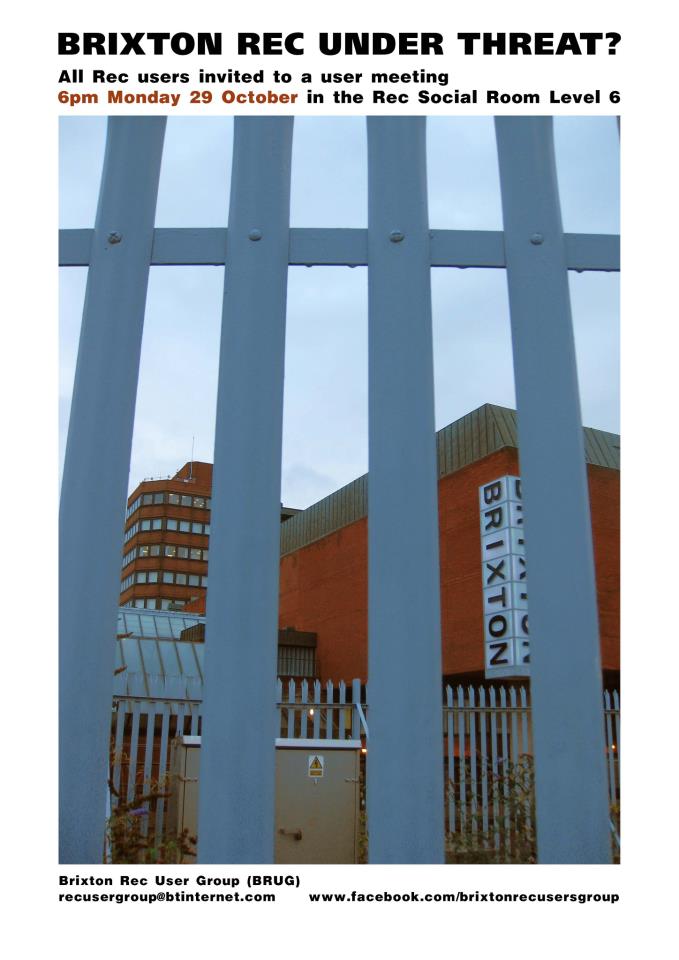 A long-standing users group for the Brixton Recreation Centre has re-formed to protest against Lambeth Council’s proposals to get rid of the Rec in its draft plan for ‘Future Brixton’.

The Brixton Rec Users Group (BRUG) will meet tonight at 6pm at the Rec (Level 6) to discuss a plan of action. The group is now urging people to raise objections with their local councilors, as well as cabinet member for regeneration Cllr Lib Peck, ahead of a crucial Lambeth Labour meeting on November 6. Their facebook group can be found here.

Robyn Dasey, a member of BRUG, said:  “I started swimming at the Rec the day it opened in 1984. I think it’s the best pool in London.

“There’s a lot of things in the Rec and the gym is the biggest in Lambeth by far.”

The Brixton Rec is also politically significant, built after the Brixton Riots in 1981 when the Scarman Report revealed how few leisure opportunities were available to young people in the borough.

In 2011 BRUG successfully campaigned for new charges for over 60s and under 16s, who previously swam for free, to be capped at £1.