Alex Wheatle is an award-winning novelist who received an MBE in 2008. He has been hailed as “The Brixton Bard”, a nickname from his DJ days as a founding member of the Crucial Rocker sound system. He has spent time in prison for his involvement in the 1981 Brixton Riots. His latest novel, Brenton Brown, is the long-awaited sequel to his acclaimed debut Brixton Rock.

Alex Wheatle grew up in social care in Surrey, moving to a care hostel in Brixton when he was 18. He took part in the rioting in Brixton in 1981, depicting the ‘Battle for Brixton’ with gritty realism in his novel East of Acre Lane. His part in the rioting resulted in Alex spending 4 months behind bars and turned out to be one of the most formative periods of his life. He met a Rastafarian who introduced him to writers of the New York Renaissance such as Chester Himes, Richard Wright and C. L. R. James and realised soon after leaving prison that there was no literature that reflected his own life and times.

As a founding member of the Crucial Rocker sound system Alex was already writing at this time, composing lyrics and performing under the pseudonym Yardman Irie. He and his friends used to wonder through the night from party to party through the estates of Brixton, following their ears. Alex describes how DJs acted as news reporters, broadcasting local news that the press didn’t cover. His own lyrics were born from a desire to reflect his observations of daily Brixton life. Music plays an enormous part in Alex’s novels with the reader always informed of exactly which song is playing in a given situation. 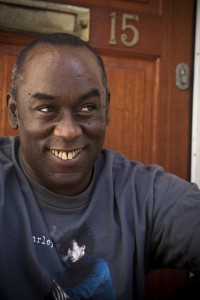 From the lyrics of Crucial Rocker, Alex began to write in prose, drafting short stories, creating his own brand of social realism that capturing what it was like living through the Thatcher era for him. While he found the writing itself came easily, getting published was a different matter: his manuscripts received 20 rejections before Black Amber Books finally published Brixton Rock in 1999. “I didn’t know anything about the business,” he recalls with a smile. “I wrote everything on notepads and was shocked to discover that manuscripts had to be typed.”

Now a successful writer with seven books published and an MBE to his name, Alex hopes that these early experiences will help him encourage a younger generation. He makes at least ten prison visits every year and regularly gives talks at schools all over the UK and sometimes abroad. He feels that it is important for young people to see that success is available to everyone – not just in writing but in any profession.

Alex was awarded his MBE in 2008 for services to literature and largely as a result of his work supporting young people, particularly those from poor or unstable backgrounds. Initially he was worried whether he should accept the accolade, and tells me that many of his friends told him not to. He finally decided that the award was relevant to him: “In the end I decided that this is the country where I struggled and that the British Empire doesn’t really exist anymore – my friends call me a ‘Member of the Brixton Empire’ instead!” 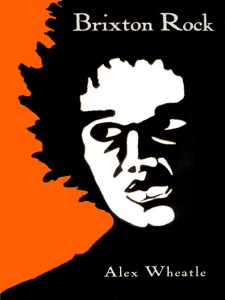 As a participant in the ’81 riots, Alex has often spoken publicly about these events, most prominently in the 2006 BBC programme “Battle for Brixton”. I asked him how he thought the riots of 2011 compared to the riots of the ‘80s. “Young people are experiencing very similar circumstances to those of the 80s, with almost 20% unemployment and a tough career ladder,” he answered. “They have a lot to be angry about and I think the original cause [the shooting of Mark Duggan] was a just one.” Unfortunately, according to Alex, the subsequent violence and looting lost sight of this cause.

Anyone who has read Alex’s second novel East of Acre Lane will remember the vivid depiction of the riots of ’81 and their catalyst. Alex explains that to prepare for writing this account, he gathered three friends who had been with him that day and spent an afternoon recording their memories of the events.

The characters in Alex’s books experience institutionalised racism on large scale, particularly from the police. When asked how this has improved, Alex reveals that he is disappointed at the slow pace of the change over the last few decades: “The police are doing a huge amount of good work, and the will to change is there, but it’s taking longer than I had hoped,” he says. “There still needs to be more accountability for mistakes and discrimination from the police and I think there is a reluctance to address the problem.”

Gang culture is still a problem too, with young people rejecting education at an early age. Alex thinks it’s all about making young people believe that they can contribute to society and it’s essential to catch them early, before they can develop the deep-seated anger that holds so many back. Alex has seen that for those from poor backgrounds, it is particularly difficult to perceive what society can offer them: “When you have nothing, you only have your bravado”.

Alex Wheatle’s novels, including East of Acre Lane and Brenton Brown, are available to buy at all good book shops and to borrow from Lambeth Libraries. He will be telling his own life story at an event at Kings Place, Kings Cross, on Sunday October 7.