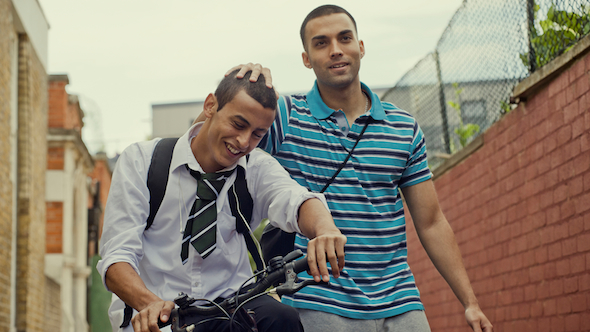 The BFI London Film Festival, one of the annual highlights of the film calendar, is almost upon us. Now in its 56th year, the festival has a new director in the form of Clare Stewart (taking over from festival veteran Sandra Hebron), a whole new programme structure, a shorter run, and more venues scattered over the four corners of London. The great news for Brixtonites is that one of those venues is the lovely Ritzy cinema, which this year has a vastly expanded role in screening LFF films. Whereas last year the Ritzy was only used for one weekend of the festival, this time around it’s a base for the duration of the event (10-21 Oct).

To help you decide what filmic fare to spend your hard-earned corn on, here’s our pick of 5 of the LFF Ritzy programme not to miss:

The multi-talented creative force that is Saul Williams stars in Senegalese director Alain Gomis’ stark, poetic and compelling story of one man’s last day on Earth. After returning home to Senegal from America, Satche (Williams) walks along a hallway in his family home surrounded by teary friends and family, and listens to the announcement of his imminent death at the end of the day. With that bombshell, so begins the tale of the beginning of Satche’s end.

An uplifting tale set in the New York’s Bronx district, Adam Leon’s Gimme the Loot scooped the Grand Prize at this year’s South by Southwest festival in Texas. Chided by a bunch of Queens punks who step onto their turf and mess up their artwork, Malcolm and Sofia are kids from the Bronx who become determined to make a mark on the city with their graffiti. They plan to tag an iconic NYC landmark, and set out to hustle the cash they need to get close to succeeding in their mission.

Tall as the Baobab Tree is feature debut from shockingly young 23-year-old director Jeremy Teicher. It’s also the first international feature film performed in the colloquial Pulaar language. Shot on location in the rural Senegalese village of Sinthiou Mbadane with a cast of local villagers playing roles that mirror their real lives, it brings to the screen voices that have never been heard before. Coumba and her little sister Debo are the first to leave their family’s remote African village, where meals are prepared over open fires and water is drawn from wells, to attend school in the bustling city. However, when an accident suddenly threatens their family’s survival, their father takes the decision to sell 11-year-old Debo into an arranged marriage. Torn between loyalty to her elders and her dreams for the future, Coumba hatches a secret plan to rescue her young sister from a fate she has not chosen.

In this stylised, off-kilter thriller from the producer of Martha Marcy May Marlene, Simon (Brady Corbet), a recent college graduate, escapes to France after breaking up with his long-term girlfriend. One evening, while roaming the Parisian streets, Simon meets Victoria, a young prostitute with whom he begins an unexpected relationship. As Victoria welcomes him into her life, things appear to be going well for Simon, until his charming facade starts to slip, and a dark, disturbing emerges. The film’s title may or may not allude to some untoward activity on our Simon’s behalf.

Don’t miss this bracing slice of gritty British cinema, which nods to the likes of Francis Ford Coppola’s classic Rumble Fish, and features super performances from a bright young cast. Mo is a 14-year-old student living with his Egyptian family in a Hackney housing estate. He shares a bedroom with his charismatic – but dangerous – older brother Rashid (James Floyd), whom he also idolises. Sadly, Mo is set on playing the tough guy, and finds it hard to escape the lure of gang life just at the point when Rashid is navigating his escape.

To book tickets, and to view the full programme, visit www.bfi.org.uk/lff. 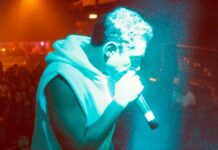 Ritzy Round Up December

Moonlight – a film that shimmers with that little glimmer of...