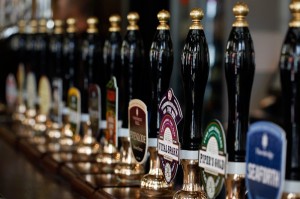 A pub specialising in craft beer is set to open on the site of the former Hive Bar in Station Road, Brixton.

Pub company Craft Beer Co will launch its second London bar in September after it bought the central Brixton spot, close to the recreation centre.

The group opened its first outlet in Clerkenwell, east London, last June and its second venture in Brighton earlier this year.

Owner Martin Hayes said: “This is a great site, one we are proud to have secured despite interest from a number of other high-profile bidders, testimony I believe to the strength of the brand and covenant it carries with it.”

He added: “The business is growing quickly and we intend to keep the pace up, that’s based on finding the right sites in the right areas, on the right terms. We’re on a fantastic journey and the level of consumer buy-in for the concept is staggering.”

“Brixton’s profile is drawing interest from all kinds of excellent independent food and drink operators and Craft Beer Co’s lease deal is testament to that,” he said.

“The Hive is in a great location close to the tube and on an additional property level, is an attractive site as well.”

The new pub will be in competition with the Crown and Anchor, Brixton Road, which was opened by landlord Martin Harley earlier this year and specialises in craft beer and ale from around the world.

Brixton Rec to be home for new kids’ fencing project

16 June, 2013
Go to mobile version
We use cookies to ensure that we give you the best experience on our website. If you continue to use this site we will assume that you are happy with it.OKPrivacy policy