In response to the Ritzy’s comment piece about their use of Windrush Square, chair of the Brixton Neighbourhood Forum Devon Thomas argues that many in the community feel they are being excluded in the developing new Brixton 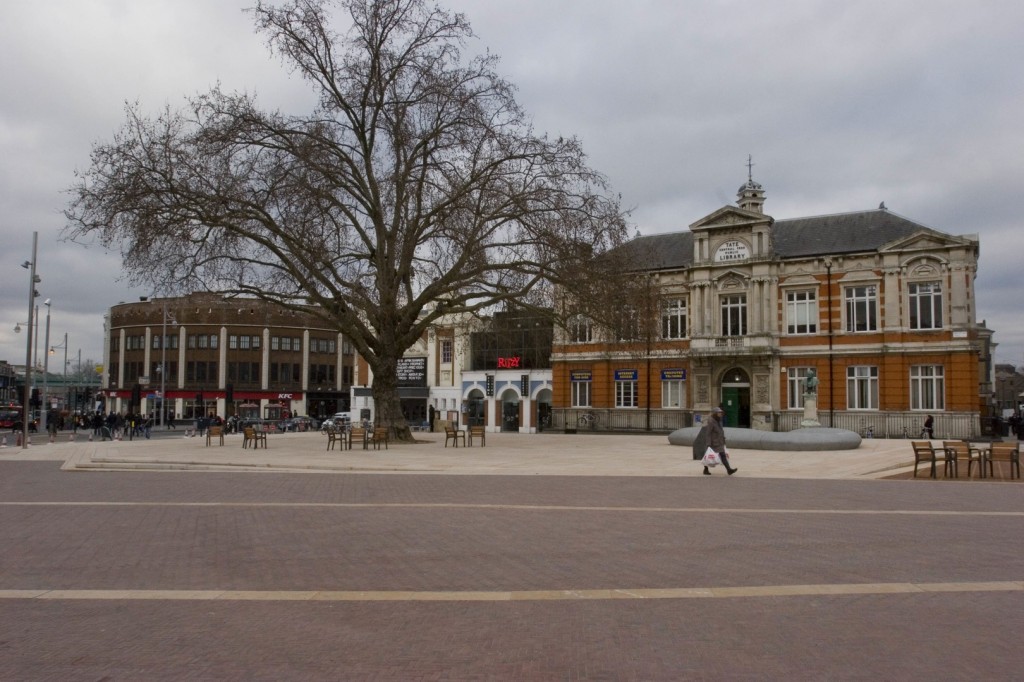 There were some strong opinions voiced at the Brixton Neighbourhood Forum meeting last Tuesday 12 June at the Brixton Community Base, regarding the Ritzy’s use of space at Windush Square. There wasn’t total objection to this use but to the amount of space being occupied and the attitude of Ritzy staff to other users of the square that appeared to be ‘exclusivist’.

I have been involved over years in many of the regeneration efforts that have taken place in Brixton and indeed helped to win the bid that financed the refurbishment of the Ritzy and Windrush Square.

I’m also chair of the Raleigh Hall Action Group, that fought for many years to get that building, situated adjacent to the Ritzy and Brixton Tate Library and one of Brixton’s oldest, for the Black Cultural Archives as a National Heritage Centre. This final piece of the puzzle, to complete the regeneration of the heart of Brixton, is planned to be completed in the middle of next year and so I’m fully behind the drive to improve the area and create a positive future for the next generation but we need to be mindful that these developments have to be inclusive.

There has been a keen debate over the past few days, in the national media, about the growth of privatised space in the public realm and how the management of these spaces by private interests for market purposes, can exclude those who can’t afford to pay to use them indeed they get moved on by private security or made to feel unwelcome.

The ‘unwanted users’ alluded to by the Ritzy correspondent may have annoyed some of the rest of us at times, but given the fact that the area is ‘common land’ by ancient statute, they had every right to use it as much as the Ritzy does as long as they didn’t break the law.

Indeed the criticism of this usage is not primarily targeted at the Ritzy or its management but at Lambeth Council for not being open about how this arrangement was arrived at and whether the community was properly consulted about it.

There are many bars and cafes in Brixton that would have loved to have had the opportunity to utilise this space and simply because the Ritzy is located nearby doesn’t mean that it should have the monopoly of the use of this particular space. It belongs to all of us and it was renamed ‘Windrush Square’ to commemorate the settlement of people from the Caribbean in the area who arrived on the eponymous ship after the Second World War, many of whom were ex-serviceman who had served in it.

Many in that community now feel that their needs are not being sufficiently considered in the developing new Brixton.

They feel that their interests are being marginalised by market forces on one side, that they don’t have the financial resources to compete with or resist.

They also feel that council policies aren’t sensitive enough to ensure that everyone gets a reasonable opportunity or that they are ‘redressing the imbalances’ caused by these market forces. The pubs, bar, clubs, cultural institutions and shops that used to cater for them have been displaced along with the public services that catered for their most vulnerable, now lost in budget cuts.

In a recession particularly, those with financial resources can clean up while those without get increasingly marginalised.

Brixton has had a history of what happens when people, particularly young people, are not listened to and adequately catered for – we saw this graphically illustrated last August! In Martin Luther King’s famous quote, ‘riots are the cry of the unheard’!

Our area has become increasingly affluent and I don’t have any problems with that. Indeed, three generations of my family have now grown up in the area, with my granddaughter recently going off to university, but not all boats are rising and those that are not get more dependent on the use of public spaces such as libraries and open spaces to make their lives liveable.

Check out the link below to get a little flavour of what I’m talking about!

Devon Thomas is Chair of the Brixton Business and Neighbourhood Forums

The Co-op Council comes to you