In the latest sign that the council is about reinstate the popular Lambeth Country Show this year, leader Steve Reed said the “final decision” over the 2012 event has not yet been made.

The council issued a press release (below) on Friday saying the popular show would “take a break” this year due to extra policing pressures imposed by the Olympic Games, which starts in late July in Stratford.

But today Reed told the Streatham Guardian the cancellation was only a recommendation, and a final decision will be made next two weeks. His comments come after a petition started by Brixton Blog on Sunday to save the show received 1,394 signatures online.

If the petition reaches 3,000 signatures the decision will have to be debated by a full council meeting.

Reed told the Streatham Guardian today: “This [cancellation] is currently only a recommendation – a final decision will be taken within the next week or so.

“But we will have to stick to the available budget, which limits our options, as there’s not enough money to run the full-scale event as usual, due to increased security costs associated with the Olympics and Government funding cuts.”

Sources suggest that if the show goes ahead it will take place after the Olympic Games.

The press release issued on Friday 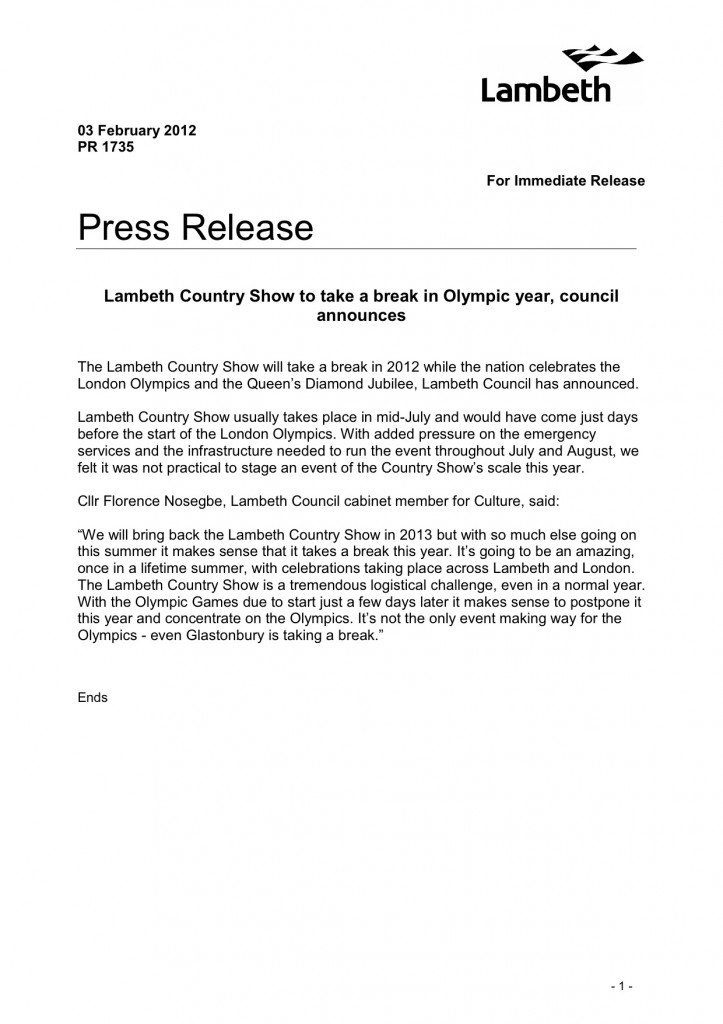 Brixton on the BBC

Inside the Carnegie sit-in