The leader of the opposition at Lambeth council has “called-in” the controversial decision to cancel this year’s Lambeth Country Show.

The council cited the Olympic Games as the reason to abandon the popular country show in 2012, which has been running for nearly 40 years.

“There is no evidence that other options have been considered – such as moving the event to another weekend in the summer or looking at how organisational difficulties for the July 21/22 might be overcome” Lumsden said this afternoon.

He said that the decision to cancel the show was made by a council officer without consultation except from with the cabinet member for leisure, cllr Florence Nosegbe.

The show had been scheduled to take place on 21st and 22nd July, days before the start of the London Olympic Games.

More than 500 people have now signed the our petition, which calls on Lambeth council to reconsider the decision. If we reach 3,000 signatures the borough will be forced to debate the issue at a full council meeting. 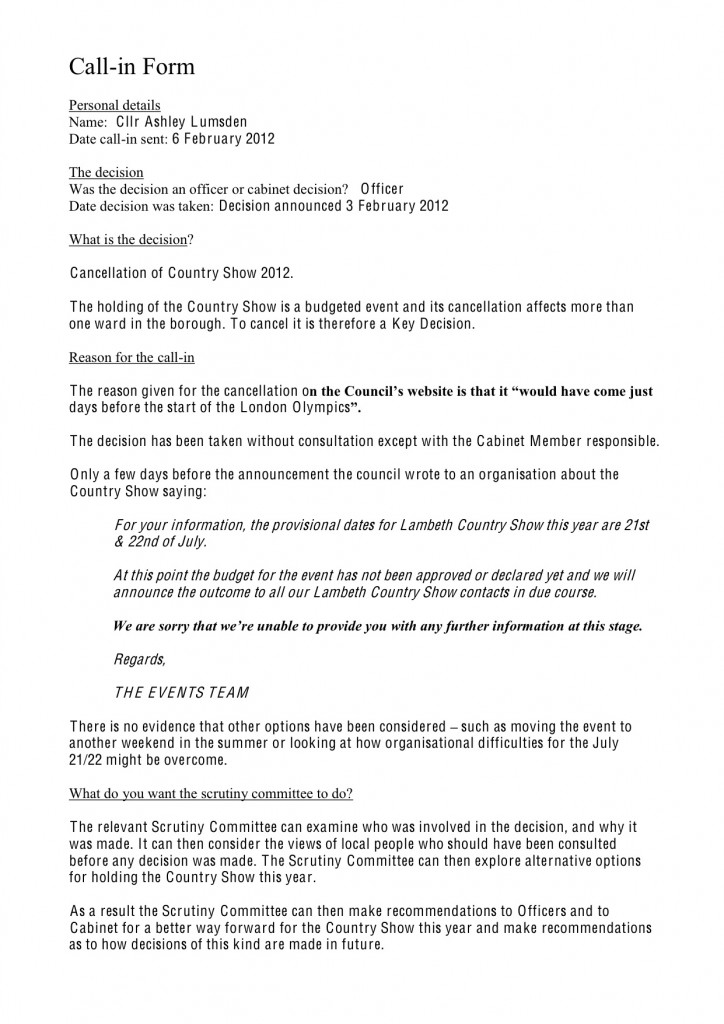