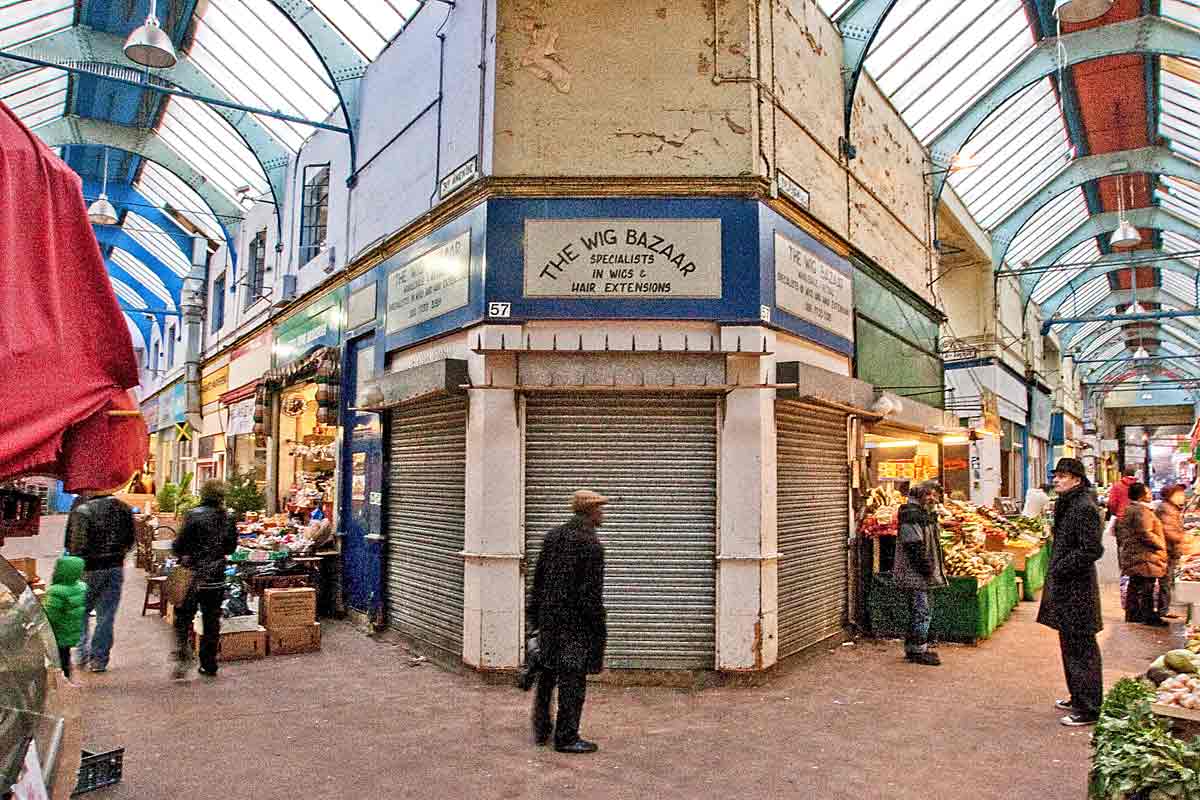 Brixton Blog asked its Twitter readers what they thought of recent price rises in some of the new eateries in the indoor markets, particularly Granville Arcade/’Brixton Village’. Prices have gone up Federation Coffee, Brick Box and Kaosarn among others. While some felt less able to support the local businesses, others pointed to the rent rises and inflation (at a three-year high today) traders are facing themselves which mean they have to pass on the cost to the customer. Still others argued that most of the restaurants are still relatively cheap for the quality of food they serve.

First, some background to the development of the Granville Arcade. In 2009, the owners at the time, London Associated Properties, worked with Spacemakers to “entice new retailers into a location that had suffered over the years from high vacancies and low investment”. It has been suggested by some that new businesses receiving positive press then allowed the owners to increase the rents in the market.

Here is the LAP Annual Report from 2010:

“Our two markets in Brixton have seen strong performers in terms of rental growth…Since 2009, we have spent considerable time and effort in re-branding the markets as more exciting places to shop, with a particular emphasis on quality food and restaurants as well as cutting edge fashion. The net result of this input is that rents have grown by some 8% and Brixton Village, on eof the markets, is fully let for the first time in some 20 years. … We have plans to work with a leading market operator to ensure the next phase of this asset’s growth.

While this project has been a success throughout 2010, we do not feel LAP has the resources to develop Brixton Markets further. Consequently, since the year end we have agreed terms to let the two markets to In Shops Ltd, a subsidiary of Groupe Geraud, Europe’s largest private market operator. The leases are at a base rate of £817,500 per annum with a profit share on the net rent above that amount.”

So LAP now lets the market to In Shops Ltd, who specialise in shopping centres across the UK and are owned by Groupe Geraud.

Here are your tweets (some rather more than 140 characters):

@Lucy Caldicott  I was amazed the calzone at Agile Rabbit only £4 yesterday. Still really cheap. Bread Room coffee and croissant only £2

@TheBrixtonite LAP doesn’t own the market. Their rents and service charges have been increasing every month & the new owners want more money 4 late nights. SMH at moaning Brixtonians. Brixton Village traders have kept prices as low as they can while Geraud the market’s owners have upped rents.

All we do is moan! We treat that market like our own personal playground & forget that it is a business.Landlord increases the rent & service. service charges. Where do you think the traders will get the money to cover those increases? Why not petition Geraud to stop the unfair rent increases instead of moaning at the traders? & if y’ll took the time to ask the traders how they are doing, then you’ll know that they are stuck btwn a rock & a hard place in BrixVill. If they speak out against the rents,they risk the owners cutting off their contracts because the market is so popular &someone will pay more. But they want to stay as many have been there from the beginning. The management office is in Market Row. Let the owners know how you feel

@BrixtonVillage yes rents and service charges have been increased. LAP does not own Brixton Village

@lukewaterfield I think it’s in the interests of @brixtonvillage places to have this out – bit of a PR disaster waiting to happen. The popularity will pass – and their survival will rely on loyalty – same as everything in brixton.

If they’re being pressured into price rises by increases in rent/service charges etc – they should let people know.

@memespring poss initial low rents coming to an end? LAP always saw the project as a way of raising (annual report suggested so anyway). details of the report here: urban75.net/forums/threads…

@annawaltz price increases are a thankless way to treat customers who made those places popular by word of mouth. They lose their charm.

@ClaireWinship14 yep the rent is supposedly £7k a month I was told that by a shop owner, not sure if that price is OTT but yep changes occuring!

@daisydumps shame ppl complaining. Amazing thing on our doorstep. BYO policy and no taxi home equals cheap and fabulous. Also give brickbox a break. Not for profit and a caiphirinia to knock your socks off for £4.50?!

@tash_mous I def now think twice about impromptu week dinners out in ‘Brix Vill’ whereas before I’d be there every Weds/Thurs in a flash.

But Brix still reasonable compared to most London! It’s usual thing of ppl getting used to cheap products+expecting to be norm

@Brixton_Bugle Do we know what In Shops Ltd plan to do? Increase rents further I presume…

@ejoftheweb  food costs also a factor. plus demand pull. tenants are businesses not charities. They should charge what they can get.

@dougiewoo
@jayrayner1 :if the @brixtonvillage price hikes r because of you, such is life! We should all be promoting Brixton!!

@kate_t re.prices, still a great value evening though given its BYO, happy to pay a bit more to keep it worthwhile for the restaurants

@gbbailey Given the popularity of the place it’s hardly surprising. Shame though.

@jayrayner1 and so it begins. I imagine you’ve had a few claiming it’s all my fault.

@nickwood if the demand is there (and it is!) then the prices will follow… I don’t think you can blame them – second outlets to follow?

@natasha_gould from experience, Kaosarn prices went up after the first Jay Rayner review and portions went down. We stopped going after that. it’s a shame. all for supporting local business and healthy capitalism, but when you are fighting for a seat you feel exploited

@northsouthfood I think Kaosarn has gone downhill as well as up in price. But what folk expect? Food prices are up everywhere, so is rent!

@dougiewoo – Would be a shame if places have increased prices but is it due to greedy landlords that may once again ruin a good thing?