Dulwich made the long journey to Cranleigh for their ninth game in Division 1 of the AJ Fordham Surrey Championship, but went down to the league leaders by 126 runs. John Lewis reports

Dulwich put their opponents in to bat, and Simon Harwood and Kamran Munawar bowled tidily, with Harwood taking the first wicket in the ninth over with the score on 20.

This brought together Jack Scriven and South African overseas player Clyde Fortuin, who added 102 for the second wicket in 18.2 overs.

Both batsmen completed their half centuries before falling to good catches by Munawar and Ahmed Khan in the same Alex Gledhill over.

The rest of the innings was dominated by Bruno Broughton, who made 69 not out off 80 balls.

Khan and Frankie Brown had another long spell in tandem and took two wickets apiece.

Cranleigh advanced to a declaration on 257-7 after 57 overs, leaving Dulwich 64 overs to try and get the runs or bat out for a draw.

Brown opened the batting, and carried his bat for exactly 50 not out, off 144 balls.

But the loss of two quick wickets set them back. Despite brief cameos of 14 off 21 balls by Dan Crowley and 15 off 19 by Chris Harwood, the last eight wickets fell for 58 runs in 27 overs as Dulwich tried unsuccessfully to bat out for the draw, and they were dismissed for 129 in the 52nd over.

Scriven and Fortuin completed a dominating all-round performance with 4-49 and 3-29 respectively.

Dulwich took just two points from this match and complete the first half of the season in ninth place, 11 points behind Valley End who have slipped to eighth.

Next week they have the first of the return matches when they visit Chipstead Coulsdon and Walcountians, who are currently fifth. 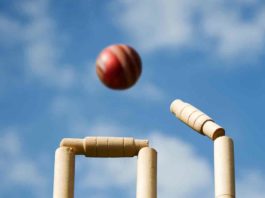 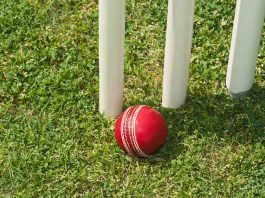