Kennington Park, at the other end of Brixton Road, is often overlooked, but Simone Richardson loves walking round and learning its history

It’s called the Collective for a reason. Dominic Huckett-Joseph and members of his family – including his brother and sister – are all involved in creating the atmosphere of the welcoming home of their mother and father. Their story is well worth a read.

Dominic tells the history of the cafe and the Kennington Park – a long time before his own arrival working there saying: “The Arts and Crafts Movement Tudor-style building is from around 1895.

“We came about a year and a half ago in 2018 when we signed the lease. It is our family business that I run myself with my brother and sister.’’

The park has also seen one of the turning points of British history, the great Chartist rally of 1848 and is still home to housing for the working poor designed by Prince Albert, Queen Victoria’s consort.

But today, get your tea from the lovely Zoe, who works at the Collective, and wander round the corner of the cafe to the almost secretly hidden Bee Urban – an organisation that has had bees living in hives, creating delicious local honey, for approaching 10 years.

It’s all thanks to Barnaby Shaw who is the managing director and project coordinator of Bee Urban.

Barnaby has a very busy bee week, harvesting honey from Bee Urban hives all over London.

Bee Urban in Kennington Park is open every Thursday and Friday and there are events at weekends when bee-keeping tours help fund the organisation.

Barnaby’s favourite part of the week is looking after the bees. He says: “We are in a privileged place, being able to bee keep in London and the special part of the job is going to great places.”

There are Bee Urban hives all over London. Other Lambeth hives are on top of the National Theatre – home to 60,000 bees – and Archbishop’s Park. “These, as well as many other places, have made it special to be able to fly around looking after the bees,” says Barnaby.

Proof of the hard work of Barnaby and the bees is the local honey that is available to buy.

Richard O’Gorman – walking four dogs when I meet him –is a volunteer at Bee Urban.

He helps in all aspects of the garden “whether that be watering plants, turning compost, pouring on, or cleaning weeds’’, it’s all part of his job.

Richard’s family are from Nigeria. He was born in Paddington and lived in Ladbroke Grove, which he says is now fashionable and expensive. His home today is near Kennington Park

He enjoys volunteering at Bee Urban “because they are welcoming and diverse”.

There are like-minded people there who are hoping to learn about bees or gardening and want to gain knowledge or experience or merely pass time, says Richard.

He says walking four dogs helped him to escape through and after lockdown, saying: “It is the peace and tranquillity of walking dogs, being outside and touching nature.”

If you feel like lunch or tea in the park, the Collective has delicious pizzas to available throughout the day, with options for vegans and meat eaters.

They are mae by an Italian expert, Ernesto. He has worked in Kennington Park for three months, but was making pizzas for 12 years in his home town of Genoa in northern Italy.

“I love all the vibes in Kennington Park, enjoy doing the pizza after 12 years in Italy and so it is my passion now to do it here.”

Go and enjoy eating a pizza, walking your dog or just walking yourself into the free hidden Bee Urban with trees and plants from all over the world growing there. 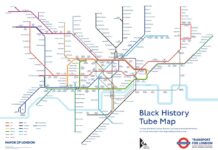 We Rise are Hiring