AG Hondo Popes Road BV, the Amsterdam-based company seeking planning permission for a 19-storey tower on Popes Road in central Brixton, does not own the land on which it would be built.

A spokesperson for Hondo Enterprises, which owns Brixton Village next to the Pope’s Road site in partnership with the giant US finance corporation Angelo Gordon, said there is an “agreement to purchase” the site from SDI.

The Blog put the following questions to the spokesperson:

The spokesperson replied: “It’s a private matter so we won’t be saying any more on that subject.”

Hondo’s website says that it acquired the site in December 2018.

There had been speculation when Brixton Village and Market Row were put up for sale that they would be bought by Sports Direct.

BGP also acted for the two companies in buying leases affecting the properties “for a confidential sum”.

BGP said it was able to draw on its “extensive occupier relationships and contacts to engineer a purchase structure that was blind to the open market”.

At the time, BGP said in a case study on its website, later taken down, that: “the assets, in our opinion, were heavily under rented” and that it was now “implementing the asset management strategy”.

A later page on the BGP website says that it continues “to advise on the leasing and commercialisation strategy” for Brixton Village and Market Row. 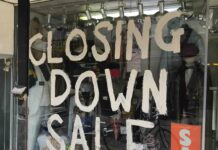 Winter Windows at The Department Store

Bookmongers to re-open next week