I never thought I would see a modern-day lynching live on TV as I did after George Floyd was murdered. I found it extremely disturbing. It brought forward too many triggers for me.

As for our local response, symbolic gestures like Lambeth council’s lighting up of the town hall in purple are all well and good, but it would have been greatly appreciated locally if the council had also shown empathy and acknowledgement for those who lost their lives in the borough at hands of the police and honoured their names, including: 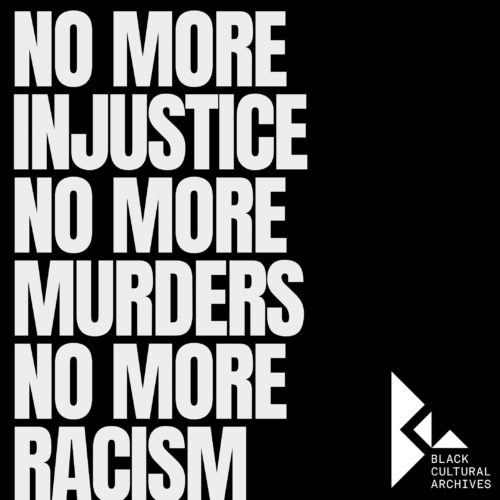 Black families are still shedding tears. The pain is further intensified by the lack of justice, compassion and acknowledgement for the victims and their families, and also, the wider society that prefers to remain silent.

My parents, the Windrush generation, experienced discrimination in every area of life including housing. It was standard to see signs saying “No Irish, no blacks, no dogs.”

The Windrush scandal is Britain’s own shame and a stark reminder that racism and injustice are still too prominent a feature in our society.

During the 80s, I, and thousands of other protesters, mostly young black people like myself, took to the streets of Brixton.

We voiced our frustration and anger about lack of opportunities, racism, injustice and police harassment.

As tensions grew between the Black community and police, things escalated to what is now dubbed as the Brixton riots.

I hope that the horrific death of George Floyd is the tipping point.

It is time to change the narrative on race. I believe change will come with the next generation.

This continuing pain and trauma in our community cannot go on. Even now, we are seeing the disproportionate impact that Covid-19 is having on BAME communities.

The UK has its challenges, as we in Lambeth know only too well.

It is imperative that our politicians and government start to address the structural racism that exist in the workplace and in wider society, in the form of attitudes, behaviours, actions and processes.

There should be a critical analysis on how they make the best use of knowledge, experience and expertise of black community leaders and activists.

The opportunity to change the future for the Black community, particularly young people, is now. Together, we must make this happen.

A lot of talk but not enough action

Ros Griffiths has been organising community listening events for years and believes that there has been a lot of talk but not enough action.

In 2015, for instance, she brought together, in Brixton, local young people and the then chief of the Metropolitan police  to discuss the issues.

Earlier this year she was one of the leading organisers of a Community Conversations event that was hosted by the council – Tackling Serious Youth Violence in Lambeth.

Over 150 residents and community groups gathered to discuss the issue, a third of whom were under the age of 24. The answers, analysis and findings were presented in a feedback report to Lambeth.