As the title suggests, this is not Shakespeare for traditionalists. The new production of Othello at Clapham’s Omnibus Theatre is a bold reinvention of a 400 year old play which updates and reconfigures the language, characters and plot. The central players in the original remain, as does a narrative driven by the jealousy, hatred, lies and revenge of one of our most famous tragedies. But the setting is a contemporary urban one; Othello is no longer a successful general but a championship boxer; and the language is an adventurous fusion of Shakespeare’s text with that of today’s black youth.

Instead of Venice and Cyprus, the entire play takes place in a boxing ring – a neat stage for playing out the conflicts at the heart of Othello – and an authentic setting to shine a light on many of the issues facing young black people. Social media, drugs and guns are new elements in the mix, but sit very convincingly with the dramatic devices and tensions of the original.

The result is creative, funny and exciting. And perhaps most of all, it is relevant and accessible to a young, urban audience. The “remixed” language packs the biggest punch. Sometimes it is simple replacement, so that “The jewel you have had from me to deliver Desdemona would half have corrupted a votarist” becomes “the money I gave you would have bought a nun”. But there is also a full-on and not-to-be-missed Shakespearean rap battle between Cassio and Rico (Rodrigo in the original). And the rather out-dated “thees” and “thous” disappear and re-emerge as much more recognisable forms of address. The transition between the two linguistic forms works well and the characters seem equally at home in both – a really difficult act to pull off, but the thread which binds the old and the new.

The sheer physicality and energy of the production are tributes to the young cast and confident direction. There were some first night nerves, but the actors soon settled into their roles and turned in some convincing performances. All were good, but Baba Oyejide as Iago deserves special mention – not only as the central character who drives the play forward, but the one who moves so comfortably between Shakespearean language and urban street talk. Meanwhile Ellie Lees as Bianca and Iain Gordon as Rico bring some welcome comic relief to a traditionally gloomy tale.

When I first talked about this production with Darren Raymond, the director, I came away thinking it was a very ambitious project. Reinventing our greatest playwright is a daunting task. But he and the all-black cast from the Intermission Theatre Company have succeeded. They have brought Shakespeare to life in the world of today’s young black Londoners. And they have given a new audience the chance to understand and enjoy his timeless genius.

Go if you can, and listen out for the game-changing final line – not Shakespeare’s! 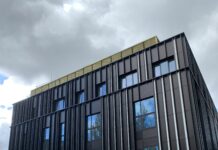