Once, many years ago, a key part of the South London music scene, The Cricketers pub next to the Oval cricket ground is set for demolition after standing empty for some time.

Lambeth council’s planning committee will on Tuesday 5 March consider a recommendation from its officers to agree a proposal to demolish the pub and replace it with 21 “residential units”, seven of them “affordable” and a new pub with a larger floor area.

Developers RSL Ltd originally submitted a plan to replace the pub with retail and residential units. This was refused by the council. The new plan will see a six-storey building on the site.

It is next to a grade II listed gasholder – one of four in the residential “Kennington gasholder development” that got planning permission last year.

Council officers say that the proposed development would harm neither the setting of this heritage asset, nor of the locally listed Henry Fawcett primary school on Clayton Street nor the nearby Kennington conservation area. 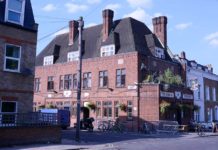 ‘Progress’ on Duke of Edinburgh ahead of licensing hearing 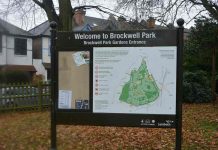 24 June, 2010
We use cookies to ensure that we give you the best experience on our website. If you continue to use this site we will assume that you are happy with it.OkPrivacy policy