The Norwood and Brixton Foodbank is giving full backing to a national campaign to reform universal credit.

The controversial change to benefit payments has led to a big rise in the number of people using foodbanks in the UK. Their national body, the Trussell Trust, is demanding that the government end the five-week wait that new claimants must endure until they get their first universal credit payment.

“We’re a country that prides itself on making sure proper support is in place for each other when help is most needed – that’s why we created our fire service, our health service, and our benefits system,” said the trust.

“But universal credit – our new benefits system – isn’t the poverty-fighting reform that was promised.”

The Lambeth-based charity the Walcot Foundation helped to fund research into the impact of the change in Southwark and Lambeth that was published recently.

It found that significant numbers of claimants are struggling with the introduction of universal credit, saying: “The complexities and administrative challenges associated with the system are leading to widespread emotional and financial stress. The greatest impact is being felt by more vulnerable groups.”

Researchers found that already stretched local voluntary sector bodies are “picking up the pieces” of universal credit, with claimants turning to them for support and advice.

They said that many agencies are not funded to provide these vital services and often are not sufficiently informed and equipped to do so.

The Trussell Trust said that, from the very start, anyone who applies for universal credit must wait at least five weeks for a first payment – and some people wait longer.

“This is leaving many without enough money to cover the basics,” said the trust.

The Department for Work and Pensions offers “advance payments” to people struggling with the wait.

But, says the trust, because they have to be repaid, they leave people between a rock and a hard place: no money now or not enough money later.

From July 2020, some benefits under the old system will carry on being paid for two weeks when someone transfer to universal credit.

The trust says this still leaves a three-week gap. In the meantime, 1.6 million people are expected to move to the new system without this support.

It is calling for as many people as possible to join its #5WeeksTooLong campaign.

You can sign up to join the campaign or find out more on the Trussell Trust website.

Norwood and Brixton Foodbank’s website said today that it is desperately short of stock and urged people to donate now. 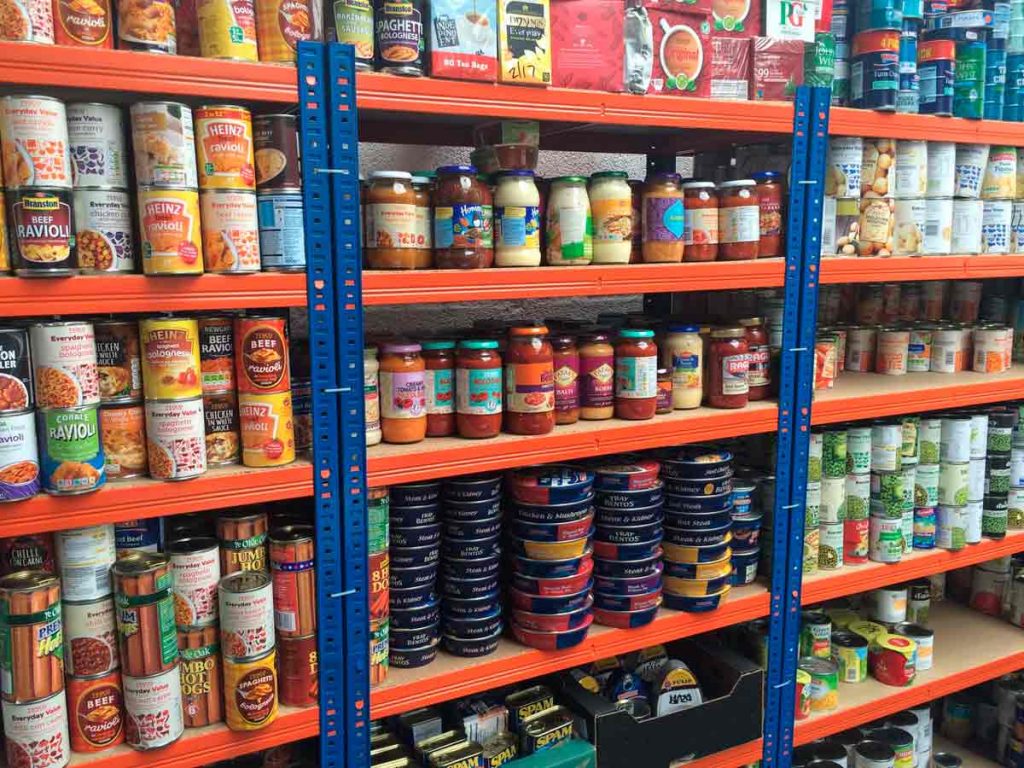 The foodbank has three distribution centres:

Find opening times and more details on the foodbank website

Food bank gears up for busiest time of year