Council leader Lib Peck launched Lambeth’s bid to be the London Borough of Culture last night (17 October) at a packed meeting in Brixton’s The Department Store.

The competition is being run by the Mayor of London and the winning borough stands to win £1 million.

The competition defines culture as including visual and performing arts, museums, libraries and literature. It also includes popular and informal culture and everyday creativity. All bids must involve local people in shaping the cultural programme.

Lambeth’s consultation is already underway. A series of workshops involving community groups and young people have helped develop ideas to include in the bid. The deadline for the final application is 1 December. And the bid team want to hear from you.

Launching the competition earlier in the year London Mayor Sadiq Khan said: “London is the cultural capital of the world. Our communities and neighbourhoods are a rich tapestry of creativity and originality that illustrates the diversity of expression that makes London such a vibrant city.

“I’m proud to be launching the first ever London Borough of Culture competition.  Each London borough has the opportunity to win the chance to deliver the cultural programme that brings people and ideas together.

“Culture has the incredible power to transform lives, building new friendships, telling new stories and writing new histories. Now is the time for your borough to step up.” 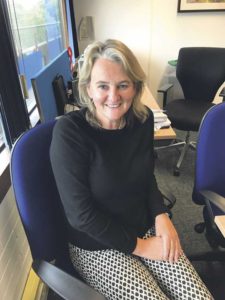 Lambeth council leader Lib Peck (left)  told the launch meeting that the Lambeth bid would put the community at the centre of the design and delivery of the bid, and would spotlight existing treasures.

“Lambeth is literally teaming with cultural groups and organisations. I think it is a real manifestation of the diversity and nationalities of the people that live here. And it makes Lambeth a great place to live, to work and to live in.”

Conversations have already been had with over 170 organisations who have contributed to the bid.

Cllr Peck added: “Our collective challenge is to paint a vivid picture and to be able to demonstrate why that’s important .”

“I also know there is a lot of inequality in the borough.  The Commission I was privileged to lead showed that the positivity we bring, helps people feel more fulfilled and connected and the advantages that brings.” 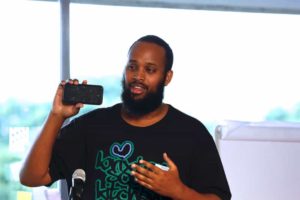 Stella Kanu, Executive producer of Ovalhouse told the audience that two weeks ago, the theatre ran a youth work shop led by Hip Hop artist Ty, ages ranged from 3 to 30. “All of them saw culture and art as central to their dreams for the future. And we spent a bit of time sharing what those dreams were.”

Dr Mahamed Hashi (right), a member of the Inequality Commission and a director of Brixton Soup Kitchen highlighted the disadvantage in the borough. He was backing the bid, because culture has a place in tackling disadvantage, helping others, allows people to develop their creativity,  and brings people together.

Work on Atlantic Road arches could last the month

414 Nightclub to be turned into flats and retail outlet