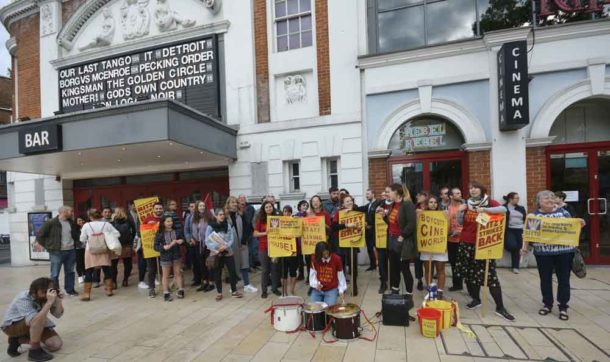 Brixton’s Ritzy workers were back on strike today (23 September) as they clocked up a year of campaigning for the London living wage.

They and their union BECTU are also demanding that three union representatives sacked by Ritzy owners Picturehouse are reinstated.

Denise McGuire, president of the trade union Prospect, of which BECTU is a section, was one of the strikers and supporters outside the cinema.

Earlier this month she raised the campaign at the Trades Union Congress in Brighton, urging delegates to support the boycott of Picturehouse cinemas and to support the strikes.

Background to the dispute