Eddy Grant paid tribute to Brixton and its people when he presided at the official opening of the newly refurbished Electric Avenue and its giant illuminated sign tonight.

The singer, whose 1983 hit Electric Avenue boosted Brixton at a difficult time, joined London mayor Sadiq Khan and Lambeth council leader Lib Peck in counting down to the switch-on of the new sign.

Earlier, Brixton Market Traders Federation leader Stuart Horwood had introduced a man without whom the could never function and who, he said, works tirelessly to make sure it does. 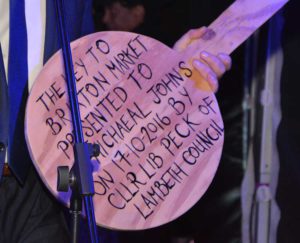 Lib Peck presented Michaeal Johns, who runs the market traders’ toilets, with the ceremonial key to the market in recognition of his work.

Earlier, pupils from Archbishop Sumner school’s steel pans had entertained crowds which grew to fill Electric Avenue despite a cloudburst.

After the ceremony, Eddy Grant stayed behind for some time to meet fans, sign autographs and pose for selfies.

Then he was due to head for the Prince of Wales for more celebrations. 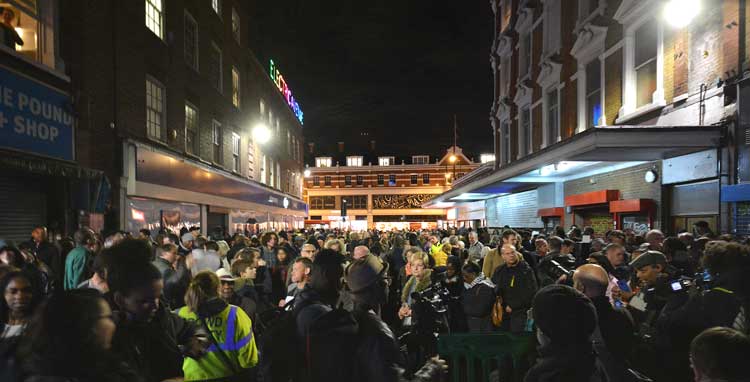 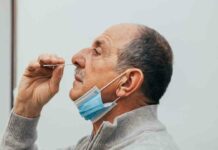