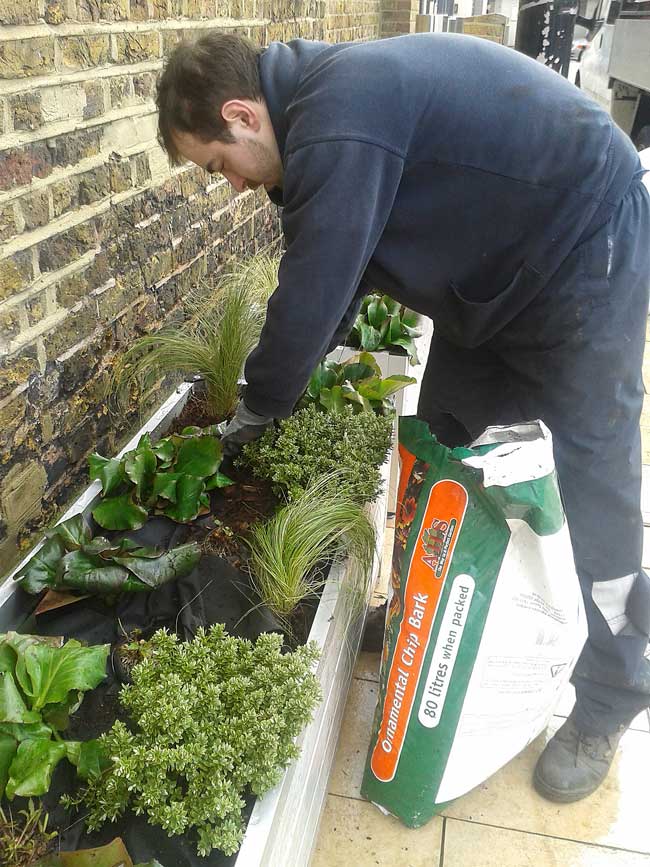 Brixton residents who are demanding action to clean up Windrush Square have reported some progress for their campaign.

Annick Alet of Friends of Windrush Square said things are moving. “There is still much to be done but at least some environmental issues have been addressed,” she said.

“Many square users have stopped by to acknowledge new planters being installed by the Bovril wall.

“The square is less gloomy at night as some bulbs have been replaced.

“The faulty bollards at the end of Rushcroft Road have been decommissioned and a barrier installed – and promptly repaired after it was broken by a vehicle that is said to have been captured on CCTV. Let’s hope there will be some enforcement.

“Grass edges have been tidied up. Bin replacement has started: three sturdier bins, much more in keeping with the style of the area, have already been concreted in chosen positions.”

Alet added that, at long last, it seemed that the council was considering refurbishing the toilets.

Friends of Windrush Square, a sub-committee of the Brixton Society, as well as other interested parties, are still waiting for a meeting with council leader Lib Peck to hear more about the council’s plans for the square.

The Friends are also following up on the local desire to see more community events in the centre of Brixton. They invited users to come up with ideas for events and celebrations.

Chair Marilyn Rogers said: “After a wellbeing event held jointly with Vassall and Coldharbour ward, NHS Lambeth and the council, library users are noticing a difference in the square and look forward to a spring event to share in the community celebration. I want to thank those who have responded to the call to get involved.”

Alet and Rogers told the Bugle that, in response to community demands, the Friends are planning a celebration in April with community groups, regular users and residents to showcase what Brixton has to offer. Contact Friends.