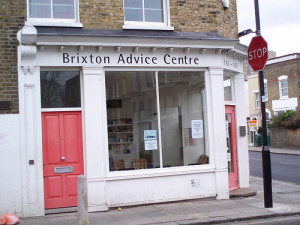 A much-loved Lambeth character who helped to found the Brixton Advice Centre has died.

Terri Gibbon, an advisor at the Brixton Advice Centre for 30 years, passed away at her care home in Surrey aged 78. She had been suffering from Alzheimer’s disease.

Ms Gibbon was a community activist who helped start the Advice Centre in the 1970s, where she worked until her retirement about 10 years ago.

She was a familiar figure in Brixton where she had helped thousands of local people with housing, debt and family issues.

Her son Aaron, speaking at her funeral, said, “It was impossible to go anywhere in Brixton, or most of the parishes in Jamaica, without mum being approached by someone she had helped”.

Fred Taggart, Secretary of the Advice Centre, paid tribute by saying she was on the side of the oppressed until the very end.

He said: “All who used the Brixton Advice Centre remember her with great affection and respect. She was the rock on which so much of our work is built and without her commitment and experience I do not think the centre would have survived the upheavals of the 1980s.

“She was brave and patient, a mentor to younger colleagues, a fighter for ordinary people dealing with bureaucracies, and an
inspiring woman.

“Even when very ill Terri regarded Brixton as her home and would say, ‘Take me back to Brixton, I have work to do at the Advice Centre’.”